Remember those early browser wars? The Internet Explorer versus Netscape Navigator one was quite legendary, as the latter pushed JavaScript to the masses. Nevertheless, Navigator retired from the race and it’s codebase kickstarted the development of Mozilla Firefox.

With the emergence of new web technologies like HTML5 and CSS3, we have seen another era of browser wars. The Google-backed open source Chromium project and its forks (notably Google Chrome itself) are the dominating players in the field.

Google even created a lightweight Linux distribution fused with the Chromium codebase. Dubbed as Chromium OS (Chrome OS is the commercial fork), this browser centric distro is hugely popular among low cost laptops and 2-in-1 hybrid convertible devices.

Chrome OS and the standalone browser itself are tightly integrated with Google’s services (search, DRM, codecs etc.), while the Chromium project is open source and free from those components. However, both of them support one click browsing data cleanup. While the ‘Basic’ option allows to remove history, cookies and cached images, users can opt for Advanced option to wipe out data related to web apps, password autofill and much more.

Well, this ‘Clear Browsing Data’ option is reportedly broken according to multiple Google Chrome users across the world. People can access the option from their browser instances, but the actual cleanup job never finishes/just hangs.

After updating Chrome to Chrome 74.0.3729.108 on 24 April 2019, I have encountered a problem when trying to delete my browsing data. I delete all the browsing data every day, sometimes multiple times a day (even going into the “Cookies” section of settings). I use the “Advanced” settings to delete everything, cookies and all.

After updating Chrome, I have noticed that I cannot delete the data – when I click “Clear Data”, the circle just keeps spinning round and round.

I have issues with resetting chrome and clearing data it take too long to reset and clear cache data and it never stops and the blue circle going around and around and never stop. i try uninstalling and reinstalling chrome and i never had this issues until i update chrome to 74. how do i fix this?

I think I may just start using Incognito for now, and I will send feedback to Google, thanks IamRoby.

As a matter of interest, most of the bug reports came from Windows and macOS users running the the latest stable channel branch of Google Chrome (v74 at this moment). Previously, we highlighted another pesky bug introduced with this version, where you couldn’t read the filename in Download panel due to faulty contrast.

Looking at the Chromium bug tracker, seems that the developers have noticed the sudden increase of bugreports regarding this issue.

Confirming that we’re seeing another spike on M74 stable with reports of users being unable to clear browsing history (it looks more cache than specifically cookies). Reports are 91% Windows, but we’re seeing reports from Mac as well.

Unfortunately we cannot access the picture of the spike stats as the file is hosted on internal Google Employee servers. Nevertheless, the report confirms that v74 is indeed bugged with a regression which was originally initiated from v72.

The devs have even noticed potential tweaks (like the following), which are ultimately useless to resolve the infinite browsing data clearing bug. According to the Google engineers, the browser is unable to get a proper acknowledgement after clearing the SessionStorage, which triggers the indefinite waiting glitch.

One definite way this could happen is if the context shuts down SessionStorage while it’s waiting for the delete to happen. This would mean that the storage partition is being shut down… so I don’t think this is what is happening?

I really really really don’t want to revert the onion souping. I have a refactor in mind that would make the sessionstorage startup code more straightforward, and have more guarentees around these callbacks being called.

A quick fix has been proposed, which is incorporated in the latest canary build of Google Chrome. At the time of writing this article, the developers are asking fellow team members to test and verify whether the bug is successfully squashed or not.

Fix should be included in canary: 76.0.3789.2 , which is now available. Can folks try it in canary and check if it has been fixed?

PiunikaWeb readers should download the bleeding edge Canary build of Chrome and give it a go. Do share your feedback with us by commenting below. 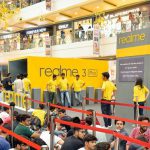