Designing a piece of technology inside the lab is one thing, but preparing the same tech for mass usage is an entirely different scenario. Besides a truckload of hurdles, I should pick the naming part as the hardest one.

Don’t you think the telecommunication people have done a tremendously good job by coining the terms like 3G, 4G or 5G? Yes, there are some obvious technical challenges, but sticking to a simple-but-effective naming scheme would be beneficial for mass adoption.

The same is true for the wireless LAN. WLAN (popularly known as Wi-Fi) was originally developed as an extension of Ethernet and similar LAN standards. As a consequence, it was named as 802.11 – like every other IEEE naming scheme.

Over time, it became increasingly confusing for regular users to remember terms like 802.11b/g/n or 802.11ac. Fortunately, the Wi-Fi Alliance recognized the pain and eventually simplified the version numbering.

Whatever the version numbers are, a WiFi enabled device is capable of operating under different modes. For example, one device can behave like a station/access point (AP) so that other can join with it. The recipients aka the clients can scan for access point(s) in the vicinity and connect with them.

There are special modes such as repeater, where the device can connect with an existing access point and form a pseudo-AP to amplify the connection range of the original station. Besides professional network peripherals, some Android vendors do support this feature. However, this useful feature is silently removed from the beta/stable builds of Android 9 Pie based MIUI 10 builds. Several Xiaomi and/or Redmi users have noticed this limitation after the recent wave of Pie update for their phones.

I want to know can i use WIFI and HOTSPOT SIMULTANEOUSLY at same time in Global Beta rom 9.4.28 pie Update in Redmi Note 5 pro and Redmi Note 7 Pro.

In 8.1 Oreo i am using WIFI and HOTSPOT SIMULTANEOUSLY at same time in Miui 10 in Redmi Note 5 Pro.

I can’t no more use Wifi and Hotspot at the same time to share my wifi through hotspot feature since Pie update.
It used to work very well in Oreo.

As a matter of interest, looks like Google silently added this feature in AOSP. A number of phones from different manufacturers can now support Wi-Fi sharing in Android Pie, including Google Pixel 3/3 XL and Essential PH-1. There is a strong chance that Xiaomi’s implementation created collisions with Google’s native codebase, thus the Chinese OEM (temporarily?) removed the feature. As a matter of fact, the Android One phones from Xiaomi supported Wi-Fi sharing till Android 8.1 Oreo.

The wifi and hotspot is not turn on at same time after updating the mi a2 to Android pie. Is this is a bug or they forgot to install the feature ? If any one have the solution please comment down.

The aforementioned phones are very popular in India, which is one of the biggest market for Xiaomi. Due to the volume of the market base, a huge chunk of users have now stumbled on the anomaly after updating to Pie and started reporting about it.

We hope Xiaomi will re-introduce this handy feature as a part of upcoming MIUI 11, with a future-proof implementation. For the time being, users should rely on hardware based repeater solutions.

Thanks our friend yshalsager for the tip. 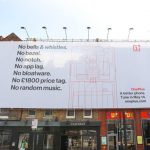