Developing a piece of software is not only about blatant coding. The task involves a long way of prior planning as well as designing phases. UI and UX consistency across the environment is a must thing to accomplish, but software vendors often forget to implement them.

As a smartphone vendor, OnePlus carry a ton of design responsibilities due to the presence of their own skin called OxygenOS. Keeping the right balance between close-to-stock UI and innovative features is a tricky task, but the Shenzhen based OEM is doing it pretty good so far.

In past, Gary C. (OxygenOS Operations) gave us quite a few insights of software development and product designing. This time, he’s back with the background story of Parking Location Service.

Just imagine this scenario: you just parked your car on a mall parking lot, you take a picture to remember where and leave. Then you’re having fun and, in the meantime, take a bunch of photos. But when you are ready to go back to your car, you realize that you have to flip through the photo album before finally getting the right picture of the parked car. 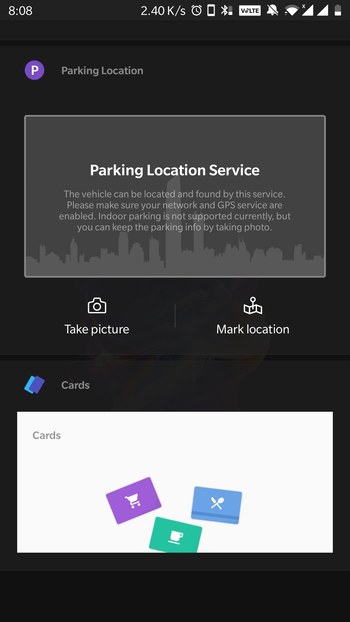 Doesn’t this sound too cumbersome? Now, with Parking Location Service, all you need to do is to turn on the service in Shelf, then tap to take a picture or enable location access to mark the parking location of your car. Easy and efficient!

Gary mentioned that the feature has been praised by the closed and open beta testers. Based on their feedback, the team added new features like estimated parking durations (useful for parking fee estimation). The feature will soon be available on the stable channel of OxygenOS (perhaps with the launch of OnePlus 7 series). Car owners rocking OnePlus phones are requested to try out the parking location service of OnePlus Launcher and give their feedback to further improve it.

As a matter of fact, OnePlus is planning to redesign the stock Gallery app. They have a started a new beta program to test bleeding edge feature before bringing them to the stable channel. OxygenOS 9.0 (or above) is the primary prerequisite for joining the beta, which means OnePlus 3/3T users are not eligible at this moment. Interested users need to visit this link to be a part of the beta testing.

Amidst this wave of new software developments, looks like OnePlus has dropped a subtle hint about the long-anticipated WARP (formerly Dash) charge compatible power bank. OnePlus has tried to suppress the rumors about an upcoming power bank by stating the following in the survey thread:

P.S. A power bank is just an embryo idea, don’t take this as an official teasing

Do you think we will eventually see a WARP charge capable power brick from OnePlus, presumably with the launch of OnePlus 7 lineup? Comment below.

Talking about OnePlus 7, Indian users can now pre-book the Pro variant by paying a visit to the nearest offline stores of OnePlus, Croma and Reliance Digital.

– Walk into your nearest OnePlus store, Croma store or Reliance Digital store, and pre-book at ₹2000.

– This pre-booking makes you eligible for the same scheme: A free one-time screen replacement insurance worth ₹15,000 which is valid for up to 6 months from the date of purchase of the OnePlus 7 Pro.

– Additionally, on pre-booking at OnePlus stores, you also get a voucher worth ₹500 which is redeemable on OnePlus accessories.

As you can see, the Amazon India pre-booking offer does not feature the gift voucher applicable for accessories.

Roland actually went one step further and published the detailed spec list of the beefier Pro variant of the OnePlus 7, as well as bunch of high quality renders.

On the other hand, Ishan published yet another official render of the OnePlus 7 Pro and listed the included accessories. Seriously, what else is left now?

FYI, the Bullets Wireless 2 will not come bundled with OnePlus 7 Pro.

OnePlus India has teased the Pro model by inviting popular gamer-cum-streamers MortaL, Manasvivi, RakaZone Gaming and RaV3n and giving them the phone to explore. Wanna know how they feel about it? Take a look yourself:

The 5G variant of OnePlus Pro will not be coming to India, but it will launch in countries like Finland and UK. OnePlus CEO Pete Lau talked with The Independent (UK) about the future of 5G in a recent interview.

From the user perspective what you want in a 5G device is something that represents the next generation technology as well as having the excellence of device design they’ve come to expect. It would be easy to create a workable 5G solution that would be. thick and ugly but that wouldn’t be what’s ultimately desired.

He compared the situation with the analog-vs-digital camera war:

During the transition from film to digital cameras I had friends who are very much into photography and they said no to digital. But today all of them are using digital cameras. There’s some parallel to be drawn there.

Well, someone has to justify the management strategy – be it as much sugar-coated as possible. To read the complete interview, head over to this link.

Phew… what a long one! I’m done here. See you guys tomorrow! 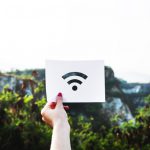