Been in talks since it landed, One UI is Samsung’s Android Pie-based smartphone OS interface that the Korean phone manufacturer’s this year’s flagship Galaxy S10 lineup of devices were shipped with. One UI is yet another bang on crowd puller trump-card that Samsung put forward to up their game.

Not leaving older Samsung phone owners wondering as to when will they get to experience the newest skin, in no time Samsung started pushing One UI/Android 9.0 Pie to devices like Galaxy S9/S9+, Note9, Galaxy S8/S8+ and Note8. And as soon as One UI began circulating to more Samsung phones, leaving all appreciation aside, started surfacing complains about functionalities it broke.

To name a few, in our yesterday’s coverage, we uncovered how random Bluetooth disconnection issues plague Galaxy S8/S8+ and S9/S9+ after the update. Basically, Bluetooth connectivity keeps dropping in the middle of phone calls and while listening to music through phone in car.

Another glitch that we recently disclosed is related to Caller ID and spam protection not working effectively on Galaxy S8/S8+, S8 Active and Note8 phones. In a gist, after One UI, devices no longer display the contact information on incoming calls, not even for the existing contacts.

Apart from the above-stated ongoing issues, we have now noticed reports of another problem that’s troubling a lot of Samsung Galaxy S8 and S8+ users who are currently on Comcast’s Xfinity Mobile, a wireless service for internet and data-centric users.

As some of you may already know, Xfinity Mobile is a mobile virtual network operator (MVNO) that doesn’t own a wireless spectrum of its own, rather it relies on Verizon’s network. Going by user reports posted across Samsung‘s official help forum and other social media platforms, Galaxy S8/S8+ users on Xfinity Mobile have been complaining of not being able to send or receive MMS (or text message with picture) or group text from stock Message app after installing Pie. Here’s how some of the affected users word the issue across Samsung Community:

My Samsung Galaxy S8+ phone just went thru the OS update a few days ago, realized now that no MMS text messages are downloading UNLESS I’m in Mobile Data mode. I am an Xfinity Mobile service customer and prior to the download I never had to use mobile data to get MMS messages.

I’ve had Mobile Data turned off since I got the phone 2 years ago (to save on data charges) and ever since my phone updated to Android 9.0, MMS messages will not send, or be received, via WiFi. I have to turn Mobile Data on for MMS to send/receive even when connected to WiFi. All other features & functions (email, etc.) still work perfectly fine with Mobile Data turned off.

So users are forced to enable mobile data, as unlike earlier, MMS or text with pictures are neither being sent nor are received (for majority) when on WiFi. Similar reports can be seen on even micro-blogging site Twitter. Some of the affected users even shared what they got to hear from Xfinity Mobile regarding the matter in question. Going by what they shared, Xfinity Mobile has informed users that the issue needs to be fixed by Samsung. Here’s what one of the users was told:

I’ve already reached out to my carrier (Xfinity) and they say they been getting numerous calls about the problem and that it’s a Samsung issue. But then someone else said it was a Google problem since they are the makers of the software. Would like to see Samsung give an official response.

Here’s what another user mentioned:

I call my carrier and they informed me that the update Samsung rolled out has impacted messaging and that they need to fix this issue, it is not the carrier’s issue. I agree, since I was able to see all MMS messages in WIFI mode only without any problem, prior to the update.

A Redditor also shared that an Xfinity Mobile rep told them that the problem is widespread as a lot of other Xfinity Mobile customers are facing it. They also added that Samsung is aware of the issue. A quick looks at Xfinity Community forum reveals the problem was first reported on Galaxy S10 series. Later on Galaxy S9 and S8 users also joined them after installing One UI/Andord Pie update.

Apart from Xfinity Mobile users, we could spot a couple of similar reports from Galaxy S8/S9 users with Boost Mobile (wireless telecom brand). One of the affected users also shared that just like Xfinity Mobile, Boost Mobile is also pointing finger at Samsung and saying they need to fix this. Right now, all is up in the air, and there’s lack of clarity as to who is to be blamed. We hope Xfinity Mobile or Samsung sheds some light on the matter soon. In the mean time, the only workaround that appears to have helped some of the affected users is using Verizon Message app instead.

Are you also facing the MMS over WiFi issue discussed here on your Galaxy S8, S9, S10, and other Samsung units after installing Android Pie-based One UI? If so, then drop a comment and share with us your observation.

NOTE: Those of you who are interested in more Samsung-related news and stories can head here. 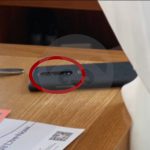