Samsung has consistently upgraded their smartphone software over the years to offer a level up experience to their users. Progressing form TouchWiz to Samsung Experience UI to this year’s One UI, the slew of changes that came along have been a treat for Samsung phone users. Messages on One UI

The newest incarnation of Samsung’s smartphone operating system interface One UI is their customized skin based on Android 9.0 Pie that the company’s latest flagship phones Galaxy S10 series were shipped with.

The wait wasn’t long for older Samsung phone users, as One UI began to roll out on Galaxy S10 predecessor devices Galaxy S9/S9+ back in January followed by Galaxy Note9 in March and Galaxy S8/S8+ and Note8 devices in the beginning of this month.

And as is usually the case, just as the update began to reach out to users globally, they started chiming about problems and issues it instigated. On such case that we recently highlighted was regarding Caller ID not working after Android Pie update on Galaxy S8/S8+, S8 Active and Note8 phones.

Affected users (majorly AT&T) reported that Caller ID and spam protection (which is part of Samsung’s ‘Smart Call’ feature) is not working after installing the update as their devices aren’t displaying the contact information on incoming calls, not even for the existing contacts. And what has now come to our sight is that Caller ID glitch is not the only problem troubling Galaxy S8 and S8+ users after Pie. A lot of them have been reporting about Bluetooth connection issues as well. What can one say, another day, another One UI issue.

Here’s how a user explained all use-cases of random disconnection/pairing issues they’ve encountered on their Galaxy S8+ unit after installing the update:

Bluetooth turns on/off dropping calls and music. I have a business to run, and it’s hazardous to have to deal with my phone while driving! Completely defeats the purpose of having Bluetooth if I can’t use it! It needs to be fixed NOW.

I’ve been having nothing but issues since my phone updated to Pie a couple of days ago. My phone is unable to keep a steady connection with my car (2018 Jag XE). The bluetooth connection keeps disconnecting in the middle of the song or in the middle of a phone call, but the call and song keep playing on the phone. After disconnecting the car will reconnect with my phone.

While the issue is affecting users irrespective of what car they own, it’s worth mentioning that just like the Caller ID issue, most of the complainants who are facing the Bluetooth connectivity problem are also on AT&T network.

Some of the moderators (at Samsung Community) have been actively addressing the user complaints and suggesting them some workarounds to try hands on. Soon after the issue was reported, one of the forum mods said the matter has been highlighted, but nothing came after that.

We have escalated this to our specialized team. BTW the workaround that moderators at the forum suggested was related Android Auto, which most of the affected users have confirmed they don’t use. Users clearly stated they don’t even have the Android Auto app installed on their units.

Just in case you wish to take a look, here are the steps/workaround suggested by the moderators:

Other than that, another forum mod asked users to reset the network settings to see it that works, but even that didn’t help as has been confirmed by those who tried. Factory resetting the device also didn’t work.

Tried the factory reset….it didn’t work, dropped the car to the dealer and they ran all available updates with no luck? Its clearly a compatibility issue between pie and some car models..I gave up I might switch to iPhone then as Samsung washing their hands from the issue.

One of the complainants who called Samsung Tech Support shared they’ve been suggested to either wipe cache partition or get the update flashed again. Another user suggested to connect the phone either for music or for calls, but not for the two simultaneously.

One of the complainants also shared that enabling Developer options> disabling Absolute volume> clearing Bluetooth cache with a soft reset> renaming Bluetooth connection and repairing is what fixed the issue for them.

While digging in deep, we could locate similar reports even from Galaxy S9 users across the company’s official European forum after installing Android Pie. Sadly, nothing has been said there, and users continue complaining.

We just hope Samsung looks into the matter and fixes whatever is causing the Bluetooth connectivity issues on Galaxy S8 and S9 after installing Pie. Rest assured, we are keeping a tab and will update the story as and when any new development comes to out notice.

BTW are you also facing Bluetooth connectivity issues between your Galaxy S8 or S9 unit and car? If so, drop a comment and share with us your observation. 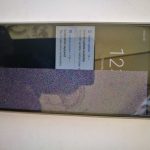 [Updated] Samsung Galaxy S8 & Note 8 Caller ID not working after Android Pie 9.0? Here's what you need to do