Most of the people prefer to work with multiple gadgets to do everyday works. For example, I would prefer not to run Slack on my phone and offload this bulky resource eating thingy to my desktop.

While platforms such as Telegram give you seamless continuity over different platforms and operating systems, a proper integration of your smartphone and PC is little bit difficult (thanks to the diversity of both platforms). Apple users, you have my respect!

A number of third party apps tried to bridge the gap – in fact, some of them (like KDE Connect) were quite successful. Microsoft itself has been working on a dedicated platform called Your Phone, which is going to be an integral part of Windows 10.

You need to have the latest May 2019 Windows 10 update (1903) installed on your PC to use the mirroring functionality. Support for other phones (e.g. existing and upcoming OnePlus models) will come eventually.

As a matter of fact, supporting old phones becomes a burden for typical smartphone makers. OnePlus is doing pretty good in this domain, as they are planning to give 3 major Android version updates to OnePlus 3 and OnePlus 3T.

The company recently started to rollout OxygenOS 9.0.5 OTA update for both OnePlus 5 and 5T, which brought April 2019 security patches.

You can now submit bug reports, product suggestions, and feature requests seamlessly from the community app and the best part is that it automatically captures the required logs based on the issue you are reporting, thus making it easier for our team to address issues and track feedback.

Nevertheless, we all know that OnePlus is preparing to launch the next big thing – the OnePlus 7 series. OnePlus CEO Pete Lau often boasts about the smoothness of the display of the upcoming OnePlus phones, and now DisplayMate Tech has certified it.

Although we need to wait till May 14 (which is the global release date of OnePlus 7 series) to get our hands on the elaborate analysis of the OLED display of OnePlus 7 Pro, Pete has shared some of the parameters in advanced.

The display on OnePlus 7 Pro not only provides an impeccable viewing experience, but also protects your eyes even after prolonged hours of use. Our display has also received the ‘Safety for Eyes’ certification from the independent and neutral VDE Testing and Certification Institute for its ability to better filter out harmful blue lights. Its upgraded eye protection features allow for an adjustable temperature and brightness to enhance eye comfort.

Besides the enhanced blue light filter, OnePlus 7 Pro users should have the ability to fine tune other color parameters as well.

…you can also adjust the display’s color gamut and color temperature to get the most suitable screen calibration for yourself.

It seems that Pete is actually using the Pro variant of OnePlus 7 as a daily driver. As a matter of fact, someone caught him while having breakfast. To be precise, not him; rather the phone he was carrying.

The triple rear camera layout is certainly a solid indicator of the phone being OnePlus 7 Pro. The anonymous person tipped Pandaily, and those guys later reported the incident.

Staged leak? Perhaps so. We have something similar for the base variant of OnePlus 7 as well.

This one comes from a music video published by Indian singer Neha Bhasin under OnePlus Playback, a music property on YouTube Curated by JetSynthesys’ Music Boutique. The singer can be seen using a phone that features two cameras on the back. The phone is being teased multiple times in the music video titled “Meri Odhe Naal“. The frontal view reveals the non-existence of any kind of notch. Combing these points, we can easily conclude that the phone should be the regular OnePlus 7. Meanwhile, the guys from Wired UK have managed to try out the 3x zooming tech of a “near-final” pre-production unit of OnePlus 7 Pro.

According to OnePlus imaging director Simon Liu, they tried to recreate the ‘real’ zooming experience long-wanted by the community.

On our previous phones, we wanted to maintain a nice phone body that wasn’t too thick, and to make sure the lens didn’t stick out too much. In this case, the users’ input on forums helped me to get these features onto the phone. But we tried to find the balance over the entire phone experience.

The reviewers of Wired further described that the phone supports 10x digital zoom. Some test footages were captured with 3x zoom, where the stabilizations “looks pretty good”.

Shutter lag of 0.3 seconds or less makes the OnePlus 7 Pro feel instant enough, if not quite Pixel 3-fast. You can shoot right into the sun and still get usable images thanks to Auto HDR so ingrained the option to turn it off is tucked away in the settings menu.

It is worth mentioning that the 48 MP Sony sensor uses pixel-binning to reduce noise and outputs 12 MP images.

The OnePlus 7’s main camera, in contrast, uses downsampling or pixel binning to create 12-megapixel images and in the software version we used, there was no option to create photos at “full” resolution.

Unlike Google or Huawei, OnePlus did not opt for using AI infused camera modes in the OnePlus 7 (Pro). Liu told Wired:

OnePlus will surely polish things up before the retail release, so don’t take this review as a final note. For further details, head over to the original article. 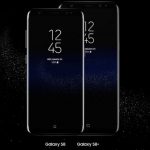