Another year, another hardware refresh!

2019 marks the 10th anniversary of the iconic Galaxy S lineup from Samsung. While the Galaxy S10 series has already got critical and commercial success, it was 2018’s Galaxy S9 which made the groundwork and prepared the foundation – especially in the department of photography.

The variable aperture (f/1.5-f/2.4) primary rear camera sensor was first introduced with Galaxy S9 and S9+, which later made its way to Galaxy Note 9 and Galaxy S10e/S10/S10+. The redesigned stock camera app in Android Pie based One UI update for S9 also revealed a number of new feature sets.

Later on, the Korean smartphone manufacturer backported a number of Galaxy S10 exclusive functionalities to its predecessor. Especially in the March 2019 monthly update, they gave a major overhaul to the front camera by introducing features like narrower FoV and performance fixes.

However, the new camera app also brought some unwanted glitches. Multiple Galaxy S9/S9+ owners have reported about awkward cropped photos while using the selfie camera after the recent update.

I got issue with selfie camera that now has two button for single selfie and wide selfie. The wide selfie button working fine but the single selfie cropped my photo after shot. It also affected all the apps that have selfie camera, all the photo come out cropped. Removed pro mode video is already making me feel frustrating but this one even more. Anyone help me solve this please!

My GS9 on T-Mobile recently got an update pushed today, and after the “upgrade”, my selfie camera crops everything. there’s a hovering square around my face, and all attempts seem to focus on my neck. I can’t find a setting to turn this dumb shit off or at least make it stop focusing on my neck. Wasn’t doing this before the update. Anyone else having a similar issue?

People have tried to dig into camera options and fiddle with existing settings, but it went in vain. Interestingly, the 8 MP capture option is reportedly not available under stock camera settings for the front camera anymore.

I just did the April s9 plus update and noticed my front facing camera was looking very grainy. I checked the settings and now no longer have the 4:3 8mp option. It is now only 5.2 with no option for the 8mp it is supposed to go up to. Anyone else having this issue?

However, what’s most curious is when I switched to back camera mode [still says and captures “12 MP (4:3)”], if I go to camera settings, it states that my front camera is in “8 MP (4:3).” But when I actually switch to front facing mode, the settings page suddenly reflects this strange, backwards format: “4:3 (5.2 MP)” while the camera screen shows an incorrect “3:4” ratio in the top right corner. (What. Is. Happening.)

Based on the user feedback, it seems that the narrower field of view (68 degree instead of regular 80 degree) is inevitably cropping the picture. The intended purpose of this feature is to beautify single selfie shots, but it generates something less elegant.

However, I do notice a new camera feature that shows a toggle at the bottom of the camera screen during selfie mode–a single person, or toggle to two people. Its default is single person mode. When toggled to multiple-person mode, the selfie isn’t cropped.

I don’t see how this single person feature is helpful at all when it crops the top and left margins of your photo automatically.

Third party camera apps (such as Google Camera ports) can produce correct pictures (identical to the one shown in viewfinder), which confirms that the bug resides inside the Samsung Camera app.

According to a Samsung moderator, affected users should try out different camera modes as a stopgap measure while they are trying to escalate the bug reports to the concerned authority.

When you open up the camera, you should see a settings icon in the upper left of the screen. After clicking this icon, you should have a Camera Modes option if you scroll a little over half way down. This should help as a temporary work-around. We’re escalating this to our specialists so we’ll let you guys know when we hear back.

Have you noticed the weird cropping in photos captured using the selfie camera of Galaxy S9 or Galaxy S9+? Comment below. 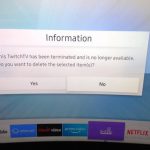 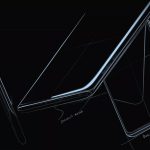