It’s that time of the year again when Samsung has already released one of their annual flagships. Other OEMs will now follow the footsteps and prepare their own flagships.

Huawei has already bedazzled everyone with the P30 Pro, and now it is OnePlus’ turn. The OnePlus 6T received a price cut recently, so it’s only a matter of time before we see its successor—the OnePlus 7—hitting the shelves.

Before every major flagship release, there is a slew of leaks that give us a rough idea of what to expect. Some of them are wildly inaccurate and look like a fever dream of some artist huddled up in a basement.

Others are from reputed leakers who have connections in the industry and are capable of providing us with accurate information. People such as Evan Blass (aka evleaks) and Steve H.McFly (aka OnLeaks) are generally considered to be reliable sources of leaks.

Today, we stumbled upon some renders of cases, allegedly designed for the OnePlus 7 that give us a fairly accurate idea about the upcoming flagship. Based on some leaks that surfaced earlier, the OnePlus 7 was touted to sport a triple-camera setup on the rear and a Vivo Nex-esque popup camera on the front. The case renders, which were posted on Weibo, pretty much confirm that speculation as they clearly show prominent cutouts for the three cameras on the back and the pop-up camera on the top edge. Some earlier leaks indicated that the OnePlus 7 would be bringing BACK the headphone jack. Until now, we’ve only seen companies axe the headphone jack, and OnePlus would really stick out if they actually bought it back bowing to popular demand.

Interestingly, another Weibo user shared the same set of renders, along with an extra image. Are we looking at a freaking 3.5 mm headphone jack hole? There could be a remote chance that the Chinese OEM might bring it back on one of the OnePlus 7 variants, possibly the regular/non-Pro model.

The SIM tray section is also not present in the outlier render, which is supposed to be there according to the previous leaks.

Unfortunately, the latest case renders do not confirm or deny the existence of the headphone jack, so we’re just going to have to wait for this one. 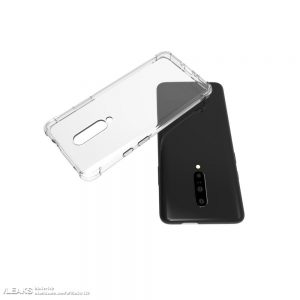 What can we expect out of the OnePlus 7 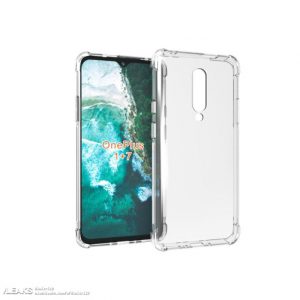 It has now become easier than ever to predict the specifications of a flagship device thanks to standardized hardware and features that are more or less the same across all OEMs.

Yes, you’ll get something like an ultrasonic fingerprint scanner once in a while, but that seems to be about it. The OnePlus 7 will most likely come with a 6-6.6-inch AMOLED panel with over 90% screen-to-body ratio.

It’ll be driven by a Qualcomm Snapdragon 855 SoC and coupled with at least 6/128GB of RAM/internal storage and powered by a ~4,000mAh Li-Po battery that’ll support OnePlus’ proprietary fast charging standard.

Hopefully, we get the headphone jack back and wireless charging too. Ideally, it should be priced around the ~$500 mark for the base variant. 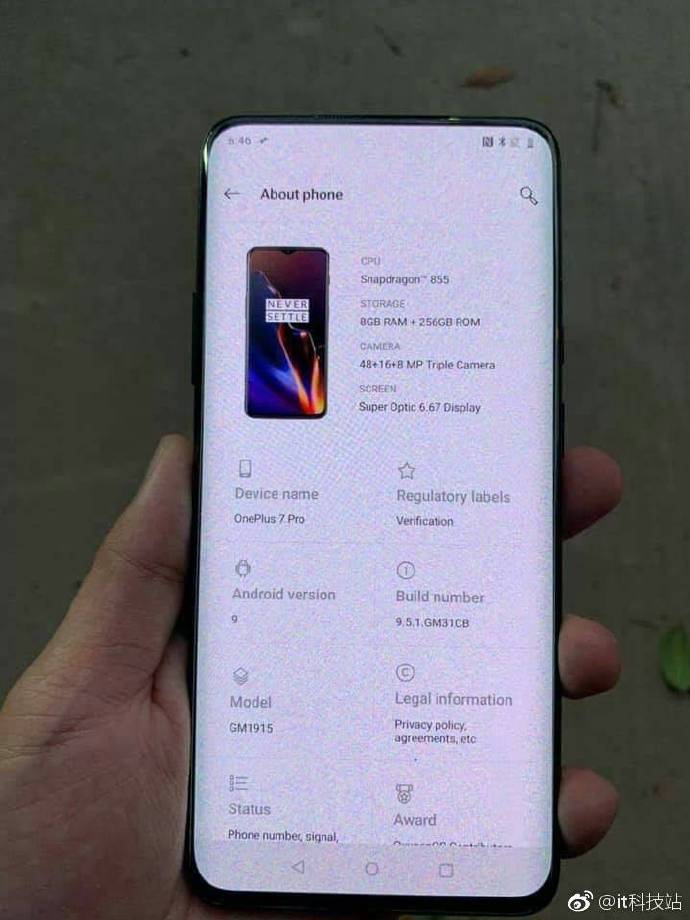 If the leaks surrounding the OnePlus 7 weren’t enough, there’s a new contender in the field. Some images surfaced online earlier this week that showed us what could be the OnePlus Pro.

Unlike its ‘base’ variant, the OnePlus 7 Pro has a 6.67-inch Samsung-esque AMOLED panel coupled with three cameras, 256GB of internal storage and 8GB of RAM.

It is very likely that this could be the ‘5G-ready’ version of the OnePlus 7 and one will very likely have to pay approximately $200 extra for the privilege. At this point, we pretty much know most of what there is to know about the OnePlus 7. Looking at the lack of a physical fingerprint sensor, it is reasonable to assume that it will be embedded within the display.

The only real suspense here is will OnePlus opt for a traditional optical sensor or transition to an ultrasonic sensor.

Judging by the rate at which these leaks happen, we wouldn’t be too surprised if someone ‘accidentally’ leaked whole spec sheet a few days before launch.