If you have a thirst for news from the world of Apple, you’ve come to the right place. Today, we’re back to quench your thirst with a new dose of daily Apple news!

In recent times, Apple and lawsuits have become synonymous. Due to being unfairly treated, Spotify has been forced to file a complaint against Apple with the European Commission. According to a blog post, Apple has been charging a massive 30% as a tax on App Store purchases.

This means that in order for Spotify to get its usual monthly subscription of $9.99 via the App Store, users have to pay a higher price of $12.99. While this may seem like a small amount, do bear in mind that Apple Music is available for $9,99 via the App Store.

Unfortunately, collecting payments outside the App Store isn’t an option as Apple imposes several restrictions between users and services. The complaint filed by Spotify is merely an attempt to be treated fairly and on the same platform.

Well, Apple never takes anything lying down and has responded to the complaint filed by Spotify. The news comes directly as an official statement and can be viewed on the Apple Newsroom. Apple’s main defense is that Spotify wants to use its App Store but without making a valuable contribution to it. 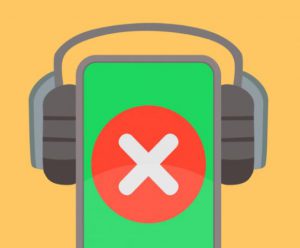 Perhaps Apple sees this as an attempt on the part of Spotify to expand its business without having to pay for the growth and recognition it can get by having its app listed on Apple’s App Store. Like all other feuds with Apple, this one is far from being over!

Things might be looking up for Apple as Qualcomm is now being asked to pay about $1 million in rebate payments to Apple. This isn’t a part of the on-going feud regarding the infringement of patents, but rather as a result of a breach of contract on the part of Qualcomm.

The decision isn’t final but this is what the court ruling currently stands at. The agreement between the two tech giants was that Qualcomm would pay Apple a rebate on iPhone patent payments on the condition that Apple never took it up in court.

As a result of the bad blood between both companies, Qualcomm decided to stop paying the rebate. Luckily for Apple, in this regard, the court of law is in its favor. In other news, Apple may be launching two new iPads; a 10.2-inch seventh generation iPad as well as a 10.5-inch tab without the Pro branding. The news broke out on Twitter through a tweet made by CoinX. Take this with a grain of salt as it’s still just a rumor.

On the flip side, CoinX is known to be pretty reputed when it comes to leaks. In all probability, the tabs could fill the void which exists between the high-end Apple iPads and the lower end iPad. The only way to really know if there is any truth in this is to wait!

Speaking of iPads, remember the iPad 5 Mini which was rumored to have no design changes? Unfortunately, there’s some news which claims the same. An iPad 5 Mini case was spotted by 91Mobiles and the images reveal a few design changes from the sixth generation. The images are courtesy of Slashleaks. Apart from a centered microphone, the rest of the design seems to be the same as that of the iPad 4 Mini. In all possibility, the only difference will be the bump in hardware in terms of specifications like RAM and chipset. Moving on, Apple is cautioning customers who receive unwarranted calls from its Apple Store in California. Apparently, fraudsters are posing as Apple representatives and calling its customers in an attempt to gain personal information. It seems like this is a part of some grand phishing scheme. This isn’t exactly uncommon as it has happened with Apple before with its Store in Washington all the way back in October 2017. Apple is urging all its customers to report any such phone calls to it directly and not to sweep it under the rug.

Speaking of privacy, it does matter to Apple. In order to share with the world, it’s priority for privacy, the company posted a YouTube video. The video is a short clip which quite humorously tells a true tale, a tale that ends with its iPhone being the epitome of privacy.

In other news, Apple is constantly focusing on bettering its software. A testimony to this is its improvement in Audio message quality in iOS 12.2 beta 5. An impatient and happy Apple user took to Twitter to share the good news.

To bring about this improvement, the company ditched the .ARM format for audio messages and adopted the .CAF format. The same was verified by MacRumours. The company is certainly keeping to its promise of making groundbreaking improvements in terms of its software. Last but not least and possibly the most interesting and important news is that Apple’s next iPhone XS Max and XS could feature a triple-rear camera setup. The rumor has surfaced on Mac Otakara, a Japanese blog.

The icing on the cake is that you may not have to wait until the devices release to get a view of what they may look like. The website even has renders of the upcoming iPhones. The renders seem to be in line with previous rumors, suggesting a triple-rear camera setup with a square bump, exactly like that of the Huawei Mate 20 Pro. If this is indeed true, do you think it’s something to celebrate or has Apple been too late to capitalize on a triple camera setup? 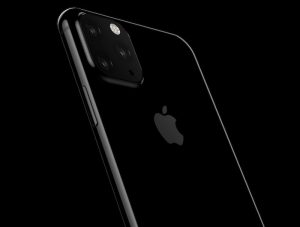 While that’s all for now, do stay tuned for the next segment of daily Apple news! 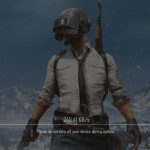