There are some updates which have been added at the bottom…..

Indian music lovers… rejoice! No need to use shady shared accounts or fiddle with VPNs – Spotify’s India launch is kind of confirmed (leaked?) by themselves.

Allow me to shed some light on past events: last November, Variety reported about Spotify’s market expansion plans and possible arrival to India “as soon as the next six months “. Shift to January this year, they even signed an exclusive global deal with India’s leading music and film company, none other than T-Series.

All the music from @TSeries is now on Spotify! Over 160,000 tracks to be precise 😯 https://t.co/Q93pBiGwcr #SpotifyDesiHub pic.twitter.com/pm4iNNstWr

There ‘desi’ genre got live and Variety speculated about Spotify’s early arrival, probably end of the January itself!

And now another nail in the coffin, which comes via Aroon Deep, the twitteretti. He has spotted that Spotify guys have accidentally made the legal agreement page intended for India public.

Spotify has accidentally confirmed an India launch date of 31st January on its Terms & Conditions page for India. pic.twitter.com/uMFGByhuKf

which leads us to believe the date is finalized as well and it will be 31st of January. India is also there in the list of countries where you *may not* require a parent or guardian consent the streaming service. Oh, and if you are curious about their GST registration number (?), it is available as well:

Contracting entity for a Paid Subscription:

The faulty (but precious!) URL redirection issue has been fixed since the original time of reporting. It now forwards you to the typical page (www.spotify.com/in/why-not-available/) about regional unavailability.

Ready to switch from Gaana or Saavn (now JioSaavn) & join the bandwagon? Let us know. 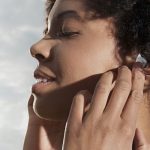