Tumblr announced a near-complete ban on pornographic, adult, and NSFW content on its platform back in December last year. The decision was taken after the Tumblr app was removed by Apple from its App Store citing violation of marketplace guidelines.

Specifically, the trigger point was the detection of child pornography on the platform.

Guidelines were laid out explaining the small number of scenarios wherein nudity is allowed on the platform. And thereafter began the great Tumblr purge which created a storm of sorts not only because adult content artists and writers on the platform suddenly got homeless, but also because Tumblr’s content banning algorithm censored all sorts of safe for work content in a large number of cases.

Agitated users started looking for alternatives, some even resorted to online protests and petitions (one petition has got over a million signs btw).

At least the first month – starting December 17 (when the ban came into force) – was a troubling and testing time for a very large number of Tumblr users, especially those who relied on NSFW content creation for their livelihood.

It’s March 2019 now, and it’s safe to say majority of the affected Tumblr users would have made their decisions to move on with whatever option they deemed fit for them. But what about Tumblr? How this big decision of banning all kinds of adult content affected the platform?

It was expected that Tumblr will suffer a significant loss both in terms of users and views, but how big was the impact exactly? Well, we now have numbers that should give you at least some idea on this.

According to a new report, which was shared with us over email, Tumblr lost around 20% of its traffic in just a span of one month. Here’s an excerpt from the report:

Tumblr has lost almost 20% of its website traffic in just the space of a month, and current online petitions against the ban have already gathered over a million signatures (and counting), already showing the signs that they have lost a major part of their community

The report cites numbers from Similarweb, which show the traffic dipped from nearly 521 million in December to 437 million in January. In a popular response to the Tumblr staff post detailing the site’s updated community guidelines, Tumblr user caitercates pointed out that apart from “actively deleting the majority of their account base” this decision also affects “countless artists and writers who are about to lose their viewer/readership”

The report further cites a study from 2017 to reveal that while adult content creators formed only 0.1% of the total tumblr blogs (which is said to be in millions), the figure reaches to 11% if you take the top 200 blogs in consideration. A more recent study from 2017 has found that while only a fraction (0.1%) of all Tumblr users create pornographic content, the actual consumption of such content is far greater. It should be noted that Tumblr has over 458 million blogs on its site. Out of this abundance of user-generated content, more than 11% of Tumblr’s top 200 blogs – which account for the greatest traffic on the site – were NSFW material, showing that the most popular blogs were made by a compelling amount of adult content creators

Talking about NSFW content consumption on Tumblr, the report cites previous studies to reveal that over 20% of the total Tumblr userbase was on the platform for adult content. Now if you compare this with the numbers mentioned in the beginning, you’ll see it’s almost the same amount of traffic Tumblr has lost from December 2018 to January 2019.

Incidentally, this number is about the same proportion of website traffic that Tumblr has lost since the wider ban has taken effect back in December. This means that by January, Tumblr’s website traffic took a hard hit, amounting to a loss of almost 84 million visits

Among other statistics, the report also cited a 2013 report from TechCrunch that said 22.37% of Tumblr’s referral traffic came from pornographic websites, and 8% of its outgoing referral traffic could be linked to such sites. 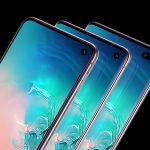 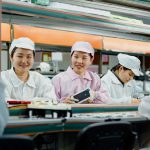