Unlike other Chinese OEMs, OnePlus does not believe in ‘shotgun’ marketing strategy. Rather the Apple-esque model is more suitable to describe their ‘one flagship per year’ policy.

In 2015, they tried to launch OnePlus X as a premium mid-ranger. The reception were mixed, so OnePlus ditched the idea from next year.

As a spiritual successor to the old initiative, OnePlus initiated the trend of releasing half-yearly ‘T’ refresh, starting with 2016’s OnePlus 3T. It was revealed just six months after OnePlus 3.

OnePlus took a hard lesson from OnePlus 2 update fiasco. OnePlus 3 and 3T started their journey with Android 6 Marshmallow, but quickly got update to Android 7 Nougat.

Both phones share same update path after being updated to OxygenOS 4.x based on Nougat. Due to differences in low level firmware, the update zips were different.

A lot of you have been asking, so I'm proud to say Android O will come to OnePlus 3 and 3T.

The Oreo update for the phone duo marked 2 major version upgrades. Even for OnePlus fanboys, it was an indication of EOL.

The Shenzhen based OEM further clarified their update strategy in OnePlus Software Maintenance Schedule. Regarding OnePlus 3 and OnePlus 3T, the post said:

As per the OnePlus Software Maintenance Schedule, OnePlus 3 and 3T will be getting regular OTA updates till November of 2018 and 1 year of extended Android security patches. We look forward to bring you more exciting news about Android version updates for OnePlus 3/3T in the coming months, stay tuned.

The above schedule promised “2 years of regular software updates from the release date of the phone” and “an additional year of Android security patch updates every 2 months” for every OnePlus phones.

Getting another major OS upgrade seemed probabilistically impossible for the phones. They were not even upgraded to Android 8.1 at this moment and stuck with ancient Android 8.0.

OnePlus brought an unexpected twist in the events by announcing the plan to release Android 9 Pie for 3 and 3T. According to the official statement, development of Android 8.1 for OnePlus 3/3T was skipped in favor of OxygenOS 9.x based on Android Pie. The listing should be taken with a grain of salt, due to the popularity of OnePlus phones in developer community. It might be a Pie based custom ROM, as similar results could be spotted easily.

We have a new feature for you, #OxygenOS users. Lemme know what you think: https://t.co/Mz5xmGPXlZ

While users are bugging the forums for an official comment on the status of the update, OnePlus officials are sticking closely with their no-ETA policy.

We will NOT share any ETA (estimated arrival time) for our OxygenOS updates. You will only receive an update when our software is ready. Harassment of staff members via public or private messaging is an express violation of our community rules and will be punished accordingly.

In the Chinese OnePlus forum, a member started an interesting thread about the Pie upgrade. According to him, OnePlus is currently testing the update and the testing phase should be finished by the end of this month (February).

OnePlus may increase the security patch update time frame from two months to three months and the phones will be updated till the end of 2019. The person marked the thread as “bold guess”. Moreover broken translation makes things too much complicated. Readers, make sure the salt shaker is nearby!

In my personal opinion, OnePlus will not take any risk of distributing a major update in the mid of such a high profile event, although there are rumors on forums about a February-end roll out. Let’s just hope the update arrives sooner than later.

A OnePlus staff member has now given more details on the arrival timeframe of the OnePlus 3T/3 Pie update. Meanwhile, OnePlus community members have analyzed the screenshot we’ve highlighted here in this story and are terming it as fake. For details on both these developments, head here. 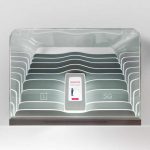