When it comes to the matter of providing updates, Android OEMs lag a lot compared to Apple and iOS. Thanks to their closed ecosystem, Apple has better control over the hardware as well as software development – the same is hard to achieve in the diverse world of Android.

Google takes the matter seriously and is continuously trying to improve the situation. Working closely with their partners, Google has introduced initiatives like Android One, Project Treble and APEX with the sole intention of reducing the update fragmentation. As an Android OEM, Xiaomi is doing it with their own style. Their in-house skin, MIUI, is being updated frequently but there is a catch. While new features from newer Android revisions are often ported to MIUI, the underlying core is often left with older version. 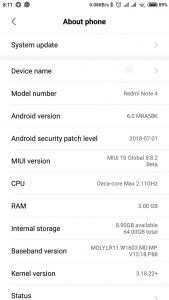 MIUI 10 on top of Android 6.0 Marshmallow

For example, Redmi Note 5 Pro (in India) / Redmi Note 5 (in China) was initially launched with Android 7 Nougat based MIUI 9.2. MIUI 9.5 brought Android 8 Oreo for it. The latest stable version of MIUI is 10. For Redmi Note 5 Pro (codename: whyred), MIUI 10 is still based on Android Oreo, despite the increment in the primary version number.

Xiaomi officially included Note 5 Pro in the roster of phones eligible for Android 9 Pie upgrade. It has nothing to do with upcoming MIUI 11 update, as the development branches are different. Readers should notice that Xiaomi planned to rollout Android Pie in Q1 of 2019 after the internal beta testing. It seems that they are maintaining the schedule, as recruitment has been started for global beta testers who will get the first taste of Pie on Redmi Note 5 Pro, Redmi Note 6 Pro (codename: tulip) and Redmi S2. There are few other phones in the list published by Xiaomi for internal testing of Android Pie. Besides Redmi Note 5 Pro, the other members are Redmi 6 Pro (codename: sakura), Mi 6X (codename: wayne) and Redmi S2 (codename: ysl).

If you can recall, we did cover the story when Redmi 6 Pro got Android Pie based beta build back in January. After the build was live, it turned out Xiaomi accidentally pushed that closed beta build on the open beta channel. ? yshalsager, who is the developer of Xiaomi Firmware Updater, provided the information to use. This glitch also momentarily botched up his tracking scripts.

As a matter of fact, the first open beta build of Android 9 Pie for the Chinese Redmi 6 Pro is finally here.

PSA: Please don’t try to flash it on the Indian/global variant of Redmi 6 Pro without unlocked bootloader – you may brick the phone.

On the other hand, Xiaomi published Mi 9 kernel source code on the same day of launching the phone. Unlike last year, Mi 9 and Mi 9 Transparent Edition share same codename (cepheus) and kernel. 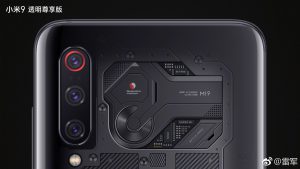 The Chinese OEM also announced Mi 9 SE – a lighter and cheaper variant of the flagship. The codename of this phone is now confirmed to be ‘grus’. We still can not find any existence of ‘grus_global’, thus it is safe to assume that Mi 9 SE will not be launched outside China in near future. FYI, the codename ‘grus’ is already known to the community. We did not have any clue about the corresponding device or its characteristics though.

Next article Rise and fall of SleepyHead: How community backed CPAP hacking got jeopardized