The Redmi Note series is responsible for making Xiaomi an unbeatable contender in the upper-low/mid range segment. The Chinese OEM packs a beefy battery and a capable SoC inside these phones, which can easily satisfy majority of the consumers.

Starting from Redmi Note 3, Xiaomi has chosen India as the primary market for their Redmi Note series. Qualcomm SoC based models were released on India, whereas China got the comparatively inferior MediaTek SoC variants. 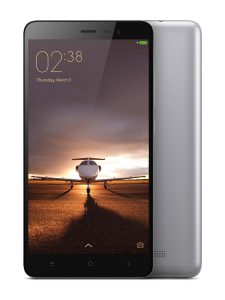 FYI, the Indian Redmi Note 5 (codename: vince) is globally known as Redmi 5 Plus.

What can I say: Xiaomi is not very good with their naming scheme.

In 2019, Redmi got separated from Xiaomi to operate as an independent brand. The first phone under the new entity is Redmi Note 7 (codename: lavender). It has already been released in China. 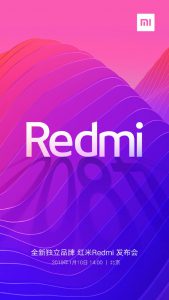 A notable improvement from its predecessors: Redmi Note 7 came with Android 9 Pie, which is the most current edition of Android. The India launch of the same phone is also officially confirmed.

Mi Fans, mark the date! RT & spread the word if you want to own this beast.

PS: there are more than 7 uber cool hints in this picture. Any guesses? 😎#ԀW8ㄣ pic.twitter.com/oVL22Pksvc

Thanks to the leaked codenames, the global release of Redmi Note 7 was speculated back in January.

This shouldn't be surprising to anyone, but lavender_global existing means the Redmi Note 7 will not be exclusive to China.

With the help of Xiaomi Firmware Updater, we can get our hands on China Stable firmwares. This is because the phone is not being sold outside of China officially till now. An interesting update on the situation: first China Beta firmware for Redmi Note 7 is now live on Xiaomi update servers.

The beta release is significant, as the development will eventually be converged with upcoming MIUI 11.

MIUI 11 is reportedly under active development. According to Liu Ming, the Product Planning Department Head, the newest iteration of MIUI  will be “a new and unique OS”.

A list of eligible devices for the new MIUI update is currently circulating in the interweb. The origin of the leak suggested that the following devices would be the first candidates eligible for the upcoming MIUI 11:

In August 2017, we established our first R&D Center in the US and quickly began building a close partnership with @Qualcomm.

We are now set to usher in a new era of mobile technology together by launching #Mi9 with Qualcomm's Snapdragon 855 processor. Readers are advised to take this with a slight grain of salt. The absence of Poco F1 (or Pocophone F1) is yet another surprising event.

Are u opting for different ui In Poco as Poco is not In Miui 11 list….

Considering that MIUI 11 will arrive in form of closed China Beta initially, and Poco F1 has no China build for it – the non-existence looks quite feasible. Previous article Xbox Live down and not working currently, users getting error 8015190e amid outage