Samsung is always open to innovation. The trends of phablets and edge screen were initiated by the Seoul based smartphone maker. And now, the whole world is waiting for them to unveil the new Galaxy flagship.

Experiments with bent displays on consumer smartphones were going on since ages. Samsung introduced Galaxy Note Edge back in 2014 which was the first mainstream phone sporting a single sided curved display. Later the design language expanded to regular S and Note series, starting with the dual edge display of Galaxy S6 Edge. 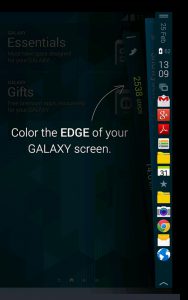 Samsung created a separate eco-system of apps optimized for the curved portion. These widgets and mini apps are extensions of the full fledged apps with limited features. Users can interact with them, even when the phone is in standby mode.

Since few days, Samsung users are getting prompts about the near future removal of the ‘Calender Edge’ feature.

@SamsungSupport why is calendar edge panel being removed from Samsung devices? Is it going to be replaced with alternative?thanx.

Users running Galaxy S8, S8+, Note 8 and 9 confirmed about getting similar notice. The Calendar Edge Panel app was itself last updated in September 2018.

Many reached out to official Samsung forum to get some kind of verified statement about the situation.

I got a message on my Note 9 reading “The Calendar Edge feature will be removed in March 2018.”

Is the entire Calendar going to be removed, or just the calendar edge panel?

I agree, that is the only edge feature I use on a daily basis It’s such a shame it’s going away.

SamsungQue, a moderator replied with a generic statement:

Thanks for reaching out. To answer your question it’s just the Calendar Edge panel. While no official reason is available behind the decision, it can be possible that the new One UI based on Android 9 Pie may not support some APIs which are part of older Samsung Experience skin. Stable One UI rollout for current and older Samsung flagships is currently underway.

PiunikaWeb has contacted dr.ketan, the ‘Jedi’ of Samsung firmware modding, to find out possible reason behind the removal. The article will be updated accordingly.

Do you frequently use the ‘Calendar Edge’ feature on your Galaxy/Note? Let us know. 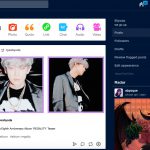