Some users are already claiming to have found a loophole to bypass this new Twitter change. Scroll to the end of story to know more.

Are you a visual artist on Twitter? Or an artist planning to make a switch to Twitter (a Tumblr refugee, may be)? The micro-blogging company has made a major announcement related to the way it handles PNG images, and we thought it’s worth bringing it into your notice.

As part of their ongoing effort of moving towards faster load times while improving quality, Twitter has announced that the company is making it’s handling of PNG uploads more consistent.

The way Twitter handled PNG uploads in the past was not always consistent and could lead to large PNG images being used when a JPEG would have been preferable for image load latency and user data costs. The changes we’re making will provide consistent behavior that can be depended on by those uploading images to Twitter to reach a global audience

So what’s the change? Well, for PNG images, the company says most PNGs will be converted to JPEGs, save for a few exceptions that meet a company-set criteria for achieving what Twitter says is “the image load performance needed at a global scale.”

So basically, the new changes will make sure that every time you upload a PNG file, it will undergo a test to determine whether it should get converted to a JPEG or not.

The test we apply to a high color depth PNG is that we will look at its file size and compare that to what it’s converted JPEG file size would be. If the PNG is sufficiently small enough based on a Twitter internal metric compared to the JPEG version, we will leave the PNG alone and use that. In the more common case, the PNG will be larger than our metric and will be converted to JPEG

Twitter also confirms that images with transparency when converted to JPEG will have a white background applied to them.

While PNG images will be ones affected the most, these new changes also affect JPEG and WebP images. While JPEGs will remain JPEGs, they will be transcoded to 85% JFIF quality in case the image has a higher quality. WebP images, on the other hand, will be converted to JPEG at 85% JFIF quality.

The changes detailed in this announcement come into force February 11 onward.

Unsurprisingly, artists aren’t happy with this announcement, as a workarounds of sorts they have been using to upload their art in high quality has reportedly been plugged with this change.

yeah twitter is getting rid of that
transparent images will not exist on twitter anymore starting february 11https://t.co/ZNXUsPdTmt

previously if you put a partially transparent pixel somewhere in your png it'd upload as a png-32 with no compression (they did automatic compression on the png-24s, same color range but no transparency). now i think they're just stripping transparency or saving them as jpegs?

Plus, as the announcement came just a few weeks after Tumblr announced an adult content ban (there have also been reports of shadow banning SFW visual art), many are seeing this as an attempt to get rid of visual artists, a lot of whom have been flocking to Twitter after the Tumblr ban.

Do these changes affect you in anyway? Head to the comments section below to let us know your thoughts on this announcement by Twitter.

Meanwhile, Twitter employee Nolan, who made the announcement on behalf of the company has also been engaged in discussion related these changes with some users on Twitter. In case you want to go through the discussion, here it is:

Also, users are already claiming to have found a loophole to by pass these changes by Twitter. Here’s a workaround explained by a user on Twitter:

Take this image and tile it as a border around your image. crop it as you will (and feel free to color-adjust it), but don’t resize it. save as PNG. make sure the border is thick enough that the PNG is smaller than an 85% quality JPEG

take this image and tile it as a border around your image. crop it as you will (and feel free to color-adjust it), but don't resize it. save as PNG. make sure the border is thick enough that the PNG is smaller than an 85% quality JPEG. pic.twitter.com/Sh3ndjNHwz

Let us know in comments if this workaround works for you. 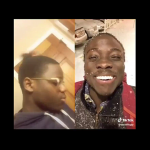