Tumblr log off protest phase 2 set for next week, here are the details A section of Tumblr users protested in a unique way against the adult content ban when the censorship effort came into force on December 17. The protest basically involved logging off from Tumblr for 24 hours. The main motive was to give the message loud and clear that the way Tumblr is going about flagging posts and blogs is not correct.

At the end of the protest, the Twitter account spearheading and handling the protest claimed they were also able to put a dent in revenue as the Verizon stock tanked, although no proof was presented that connected stock decline to the protest.

If you’d have gone through our previous coverage of the protest, you’d be aware that it’s a multi-phase protest. And now, details about the second phase have been announced on Twitter.

This time around – we’re not logging off. Instead, we’ll be banding together and pressuring corporations on social media and app stores. There are two steps to this Phase that are as follows:

1) Mass Tweeting.
For EVERY DAY of this Phase (So at least one tweet December 29, December 30, and December 31), tweet @ the following:

These are all corporations that own and are related to Tumblr. Jeff D’Onofrio is the CEO of Tumblr. Tweet at them saying WHAT is wrong with this ban, HOW it affects you, and WHAT you want to be done about it. Tag each tweet with #phasetwo2018!

2) Mass Reviews
Go to Tumblr on the app store of your choice (Apple or Google) and leave a negative review. Tell them WHY the ban is wrong, HOW it affects you and your experience, and WHAT you want to be done.

Post each review online with a screenshot. Tag each post with #phasetwo2018! We need to lower their rating, and show them we mean business. No longer will be ignored. We’ll make them listen. 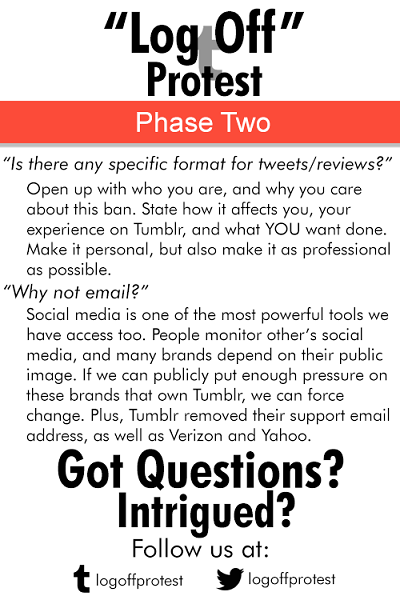 While there’s no clarity on how many people participated in the first phase and exactly what impact it created (if any), it would be interesting to see how the second phase goes.

We agree, the way Tumblr is going about flagging content on its platform is negatively affecting a lot of innocent people. From posts being wrongly flagged to Tumblr’s own examples of allowed adult content getting flagged, there are multiple examples that illustrate what’s wrong with Tumblr’s implementation of the ban.

Users have also been alleging that negative reviews are being deleted or manipulated on Google Play Store and Apple App Store, and the button to appeal wrongly flagged content has also been removed. Details emerge about teacher who criticized PewDiePie, school to have extra security amid threat reports 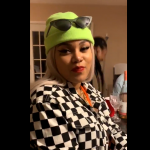