As you might already know, the incident that led to Tumblr completely banning adult content on its platform was the discovery of child pornography. At least that’s what their official statement suggested.

Now, there are several platforms that are positioning themselves as Tumblr alternatives (here’s our list). One of them is Pillowfort, which is still in beta stage (not available to public yet), but took not time to latch on the opportunity.

Since then, Pillowfort has received a lot of publicity, with top of the line publications like The Verge and Wired running stories about the platform. So, media has already created the much required publicity for Pillowfort, but what about the platform’s policies, especially related to sexual content?

Well, Pillowfort has now shared its stance on sexually explicit visual art, especially art that features minors or underage characters. It’s a lengthy post from them, but we’ve picked up important stuff. Here you go:

Pillowfort will not allow explicit visual art of characters that appear to be underage.

Now, due to the inherently subjective nature of trying to determine the age of a fictional character in a stylized medium, the “gray area” cases will be up to the discretion of the moderator reviewing the content

Broadly, if your characters are close to 18 and could plausibly or arguably be of age based on appearance, that will be allowed. Sexual depictions of characters in later stages of adolescence may broadly be considered ‘safe.’

However, any explicit or sexual art of a character that appears to be physically pre-pubescent or barely pubescent (i.e. not plausibly or arguably of age, or even close to it) will be prohibited

When it comes to fictional depictions or descriptions of divisive subjects such as incest, rape, abuse, etc., we do not intend to restrict that content

Joining Pillowfort currently requires you to shell out some dollars. The company says if you’ve already paid the amount and joined the platform, but are not in agreement with these new policies, you can request a refund.

We apologize for not clarifying on this topic sooner, and if you disagree with these new guidelines and want a refund of a recent (i.e. within the last 180 days, which is PayPal's limit for refund requests) payment, email us at [email protected]

Of course, you should go and read the complete post as well. Oh, and yes, don’t forget to go through the comments under that post. Here’s the link. 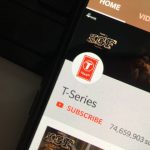