Yesterday, OnePlus finally announced the roll out of the first Android 9-based Open Beta build for the OnePlus 6, triggering a wave of joy among users who were waiting to taste the Pie as soon as possible.

Needless to say, a lot of OnePlus 6 users have installed the beta build, and are continuously sharing their experience with the new OS. We looked through all the comments posted on the announcement thread so far and have compiled a list of major issues/problems/bugs that multiple users have highlighted.

So if you are on the fence about whether or not to go for the first Open Beta build, we hope this compilation of ours will help you make the decision.

Yes, that’s what is coming to light. We’re seeing multiple reports from users who say the behavior of YouTube app has changed when it comes to notch. Following are some reports:

I am not sure if it’s a bug but now YouTube behavior has changed with respect to notch. if you pinch to zoom notch will cut some part of video now. I have checked the settings and YouTube doesn’t have fullscreen mode enabled

Anyone else noticed?? Youtube videos are forced to display fullscreen. And youtube app is not showing in (Settings> Display> App display in fullscreen) to change it to default mode

I don’t know if it’s up to OnePlus or Google to correct this, but YouTube videos now are displayed in fullscreen mode if you pinch to zoom on Open Beta 1. And it’s missing from the App display in fullscreen mode list in the settings. This can only be corrected if you hide the notch for all the apps at the moment. I guess this is one more reason for some of you guys to hate the notch

There are multiple reports where users are complaining about low brightness after the update. Following are some complaints:

does anyone else think that they kind of nerfed the brightness slider. I usually set the slider arouns 5-10% and I’d have good brightness. but with this update, I have to crank it up a lot to even see things on the screen

Yes screen brightness is too low. I was using with a brightness of 25%, right now I am using 60% to get same brightness level

exactly. having a dark theme and being outside. I can’t find things on my screen. I had to change to a more vibrant wallpaper and use the light theme.

Brightness itself doesn’t work properly. It is way too dim. 🙁

Not sure if this is an issue or an intentional change, but there are multiple reports that the device’s notch gets hidden when you try pulling down the notifications menu.

Notch gets hidden when putting down notifications menu. I have turnned of fake black bar. Fix this please. I want notch glory

I think this is intentional. But this should have the same colour as quick settings. At this moment is ugly the black bar when you push notifications down

Some T-Mobile subscribers have shared that VoLTE is not working for them after the update. Take a look:

I can confirm VoLTE is not working on T-MOBILE after flashing OB1. I rarely ever use wifi so I can’t comment on VoWiFi

Same here neither is working on t mobile, wa.

There are also a few reports about HDR option missing in the stock Camera app.

Guys where is the hdr option in the camera app?

There is focus option instead of hdr. I couldn’t find it even in the settings

What about Always On Display (AOD) and call recording?

It was a big news (we broke it first :-)) when OnePlus pulled the AOD feature from OnePlus 6 soon after the device’s launch. That was done due to some battery issues triggered by the feature.

The company later said the functionality may be added back in Android P beta. However, looks like that hasn’t happened.

We couldn’t find many reports but at-least a couple of users were spotted inquiring about the feature.

will we eventually get the option to turn on the AOD back? before you protest to the post, there was an option to CHOSE between AOD and Raise to wake. and id like for that option to return ( OnePlus did say it was trying to fix it for Pie)

u r right bro, I wonder if OnePlus forgot the AOD option. I’m waiting for it OnePlus

As for call recording, we came across reports from several users who said call recording is working for them. One of them even shared a screenshot showing the feature in action:

In case you aren’t aware, the call recording feature has become a hot topic after it came to light that Google has completely blocked the ability in stock Android Pie.

FWIW, it’s worth mentioning here that many users have confirmed that the Google Pay app is working fine for them.

Aside from these problems or issues, we couldn’t find anything major that users have reported so far with the beta build. In fact, many were all praises for the update, saying it’s as good as any stable build.

How is the beta build treating you? Share your experience in the comments section below. 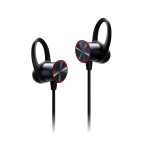 Bullet Wireless availability: OnePlus confirms they're are back in stock