It’s been close to a month since Google announced its newest Android version – the 9 Pie. Needless to say, the dust has settled, and among other things, now we know what all changes are there in Android Pie when compared to last year’s Android Oreo.

But looks like there’s one major change that slipped under the radar. Until now that is, as we managed to get hold of it. The change we’re talking about is basically removal of a key feature Google incorporated in Android Oreo last year.

We’re talking about a developer option called in-band ringing. For those who aren’t aware, this option – when enabled – allowed users to have their phone ringtone to be played on a connected Bluetooth device.

This developer menu option was introduced in Oreo 8.0, but was disabled by default. Then Oreo 8.1 enabled it by default. But now, for reasons unknown, Google has altogether removed this option in Android Pie.

There were already a few user reports about this ever since Android 9 arrived last month, but a Top Contributor at official Google Forums personally confirmed this development today. Here’s what exactly they said:

Android 8 introduced a developer option for in-band ringing; when enabled, this would pass your phone’s ringtone to your connected Bluetooth device. With it disabled (default for Android 8.0), the phone instead just signals the connected Bluetooth device to play its own ringtone. Android 8.1 changed the default to enable in-band ringing, and Android 9 has now removed the option

So how’s the behavior now, you might ask. Well, going by user reports, phone ringtones are still playing on Bluetooth devices. Which means, Google has effectively taken away the ability to disable in-band ringing.

Obviously, this behavior is causing issues for some. For example, those who keep their phone on silent or vibration now hear no ringtone on their Bluetooth devices, as the feature maintains the same volume levels as you have for your ringtone on your phone.

If you want the option back, the only thing you can do currently is to send a feedback to the company about this, something which Pixel users can do by heading to settings->system->about phone->send feedback on their unit.

Meanwhile, we’ll keep a tab on the matter, and will update the story as and when more related news surfaces.

Note: We have compiled a (continuously updated) list of issues/problems/bugs reported with (or triggered by) Android 9 Pie ever since it got live. Take a look to catch hold of all Pie-related issues. 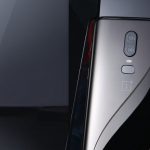