Every year, a new version of macOS arrives for Apple laptops and desktops. This 2022 brought the macOS 13 Ventura update for all eligible company products.

However, it seems that some users have already started to find the first issues or things to improve. Currently, macOS 13 Ventura users are constantly getting a ‘Background Items Added’ notification.

According to multiple reports, there is an annoying ‘Background Items Added’ notification that appears persistently without control and with users unable to do anything to stop it.

The bug causes users to receive multiple of these repeated notifications coming even from software they already uninstalled from their computers long ago.

I have a never ending stream of Background Items Added notifications after I updated to 13.1 beta today. They are coming in for `mysqld_safe` and `php-fpm` – which I guess are installed from back before I switched my local dev env setup to docker.

I thought if I uninstalled them, the notifications would go away, but I can’t even really find where they are installed.
Source

any idea how to permanently remove an item from “allow in the background” ? I keep removing them but they keep coming back at every boot. also even if I keep them on, surely I shouldn’t have them pop up at every boot?
Source

An ‘expected behavior’ in some apps, potential workaround

The notification in question can come from any app. However, in the particular case of Grammarly, the developers confirmed that it is an expected behavior.

It is not clear if this is the same case with all other apps on macOS 13 Ventura. But, if so, the OS will need an update to fix the notification behavior.

In fact, according to a Redditor, this is a bug that Apple is already aware of. They even have a fix ready to be deployed with the macOS 13.1 update (currently available only as Release Candidate).

In the meantime, there is a workaround that reportedly helps fix the bug:

On mobile so forgive brevity/spelling/autocorrect. Look in ~/Library/LaunchAgents (you can copy paste into go to folder from Finder), sort alphabetically and look for “Louis”. Delete, empty trash, and restart.

Also worth looking in Macintosh HD/Library/LaunchAgents and LaunchDaemons for similar. Delete, empty, restart. I’m not as familiar with Ventura SysPrefs but scroll down and make sure there’s no related Profile installed as well. If so delete, restart.
Source

08:00 pm (IST): Reports on some Reddit threads and Twitter (1,2,3,4) indicate that the issue is present even on macOS 13.1. Apple is yet to make any public acknowledgment.

11:54 am (IST): According to some users, the issue with ‘Background items added’ notification persists even after macOS 13.2 update.

11:54 am (IST): We have come across a potential workaround that might fix this issue. It involves the following steps:

NOTE : You can also check the macOS 13 Ventura bugs/issues tracker. 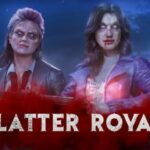 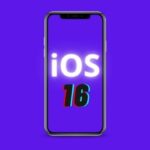