[Update: Feb. 02] Tweetbot, Twitterrific & other third-party Twitter apps down or not working? You're not alone

Twitter, the successful social network (now under the administration of Elon Musk) can be experienced in different ways. Just as you can use the website and the official app, there are third-party clients as well.

Tweetbot and Twitterrific are two of the most popular third-party Twitter clients. However, it looks like they (and others) are in the middle of an outage right now. 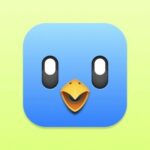 According to multiple reports, Tweetbot, Twitterrific and other third-party clients are currently down or not working due to a possible Twitter API outage.

Tweetbot & Twitterrific down or not working for multiple users

Several Tweetbot users are reporting that the client is down as they are unable to access it or are being logged out of their accounts.

Uh oh. @tweetbot is unable to request any tokens from @Twitter. Either something’s down or something been done. Could this be the end? Of both for me if it is.
Source

API seems to be down in third party apps like Tweetbot. Assuming the failure is intentional, that might finally be the reason to pull the plug.
Source

Twitterrific users are also reporting a similar situation, as they are getting logged out of their accounts without a way to re-access the client.

@Twitterrific The iOS Twitterific on my iPad is no longer working… I tried to send a tweet and was sent back a message that I could not be authenticated. I closed the app, but could not get back in… I deleted the app and redownloaded it but am unable to sign in. 🙁
Source

Other popular Twitter third-party clients or apps like Fenix and Talon are also down at this time. However, Tweetdeck is not affected by the issue since it was bought by Twitter a while ago (so it is like an official client).

An outage in the Twitter API could be the culprit

Apparently, the culprit of the situation could be the Twitter API being down. The Twitter API is what allows external clients to connect with Twitter accounts.

In this way, users can log in to those clients and enjoy the native Twitter features and the additional client features.

That said, an outage in the Twitter API means that third-party clients will not be able to communicate with the main platform. Therefore, these will stop working until the issue is resolved.

There is still no official word on this issue from the Twitter team. We will update this story as events unfold.

10:25 am (IST): Twitterrific team confirmed that they are aware of the issue, but still don’t know the exact cause.

We’re aware that Twitterrific is having problems communicating with Twitter. We don’t yet know what the root cause is, but we’re trying to find out. Please stay tuned and apologies.
Source

Tweetbot team is also aware of the situation. They even tried to reach out to Twitter for more details about it but haven’t gotten a response yet.

Tweetbot and other clients are experiencing problems logging in to Twitter. We’ve reached out to Twitter for more details, but haven’t heard back.

We’re hoping this is just a temporary glitch and will let you know more as soon as we know more.
Source

07:06 pm (IST): The clients of WPP-owned GroupM, a well known ad-buying firm, have reportedly reduced their spending on Twitter by around 40-50% after Elon Musk’s acquisition.

And the company is now offering incentives to advertisers to get them back.

80:43 am (IST): What appeared to be an outage in the Twitter API is actually an intentional change on the part of the development team, as they just confirmed:

Twitter is enforcing its long-standing API rules. That may result in some apps not working.
Source

The change is making multiple Twitter third-party clients not work. Apparently, developers will have to adapt their clients to the new API.

12:27 pm (IST): Tapbots, the Tweetbots devs, are now asking Twitter to provide more information on their recent API changes so they can adapt to them.

Tweetbot has been around for over 10 years, we’ve always complied with the Twitter API rules. If there’s some existing rule that we need to comply with, we’d be happy to do so, if possible. But we do need to know what it is… @TwitterDev, you know how to reach us. (Source)

11:18 am (IST): Twitter has officially confirmed that they’ve banned third-party clients on the platform. According to new rules, you cannot use Twitter’s API or content to create a similar service or product to the Twitter applications.

03:23 pm (IST): Twitterrific has reportedly removed its app from the App Store. Moreover, other third-party clients have also begun offloading their apps from different app stores

11:01 am (IST): TweetCaster is another third-party client for Twitter that has been removed from the Play Store. And those who have it installed aren’t able to use it as the app is no longer working for them (1, 2).

I knew it was coming but it still sucks. #Tweetcaster dead. Another brilliant innovation from that “genius.” (Source)

05:40 pm (IST): After Twitter banned third-party apps like Tweetcaster, Tweetbot and others, TweetDeck and Hootsuite are the popular alternatives you can checkout. More on that here.

02:35 pm (IST): Starting February 9, Twitter will no longer support free access to their APIs. Instead, a paid basic tier will be available from then onwards.

Starting February 9, we will no longer support free access to the Twitter API, both v2 and v1.1. A paid basic tier will be available instead
Source 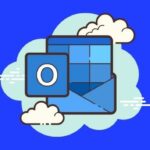 [Updated] How to move Outlook navigation toolbar from side to bottom in 2022?