05:23 pm (IST): Many Fitbit Sense users are experiencing a severe battery drain issue after a recent update. The new firmware is also causing some Fitbit Sense to stop working altogether.

Luckily, a Fitbit Moderator has confirmed that they have escalated this bug to the team for further investigation.

07:19 pm (IST): Many users are now reporting that Fitbit app is crashing for them on Android when logging or scrolling through custom food list. For more info, head here.

07:15 pm (IST): Many Fitbit users are now reporting that the app keeps showing them the privacy reminder on Android.

Luckily, a Fitbit moderator has acknowledged this issue and said that they are working to fix it.

Welcome to all new members in the community. Thanks for reaching out regarding this situation. Please rest assured this has been reported and Fitbit is working on a solution. (Source)

05:50 pm (IST): Many Fitbit users are now complaining that their devices are not recording Sleep Stages and Score. For more info, head here.

Luckily, support has acknowledged this issue and confirmed that they have escalated it for further investigation.

06:20 pm (IST): Some Fitbit Versa 2 owners are now reporting (1, 2, 3) that their device is bricked or stuck on Fitbit logo after the recent firmware update.

And while Fitbit support didn’t acknowledge this problem, they allegedly gave a 35% discount coupon to one of those affected to buy a new one.

11:56 am (IST): Many Fitbit Versa 2 are getting bricked after a recent update. They are also experiencing issues with heart rate, sleep tracking, and even touch screen sensitivity.

01:24 pm (IST): Fitbit wearables users are facing issues with the recent time change where they are unable to track certain stats and change the inaccurate time. For more, head here.

09:08 am (IST): Fitbit support team confirmed that their servers are in the middle of an outage. This issue mainly affects the company’s data sync services on Fitbit devices.

We’re aware of an issue affecting some Fitbit services and are currently investigating. Thank you for your patience.
Source

04:17 pm (IST): Some Samsung Galaxy Z Flip and Z Fold users are having trouble syncing their phones with Fitbit Charge 5 after the Android 13 update. More on that here.

05:07 pm (IST): A Fitbit moderator has acknowledged the issue where some Fitbit Luxe users are unable to sync with their Galaxy Z Fold and Flip phones after Android 13 update. More on that here.

11:16 am (IST): The dark mode feature on the Fitbit app is still missing. And while the company is yet to release this feature officially, there is a workaround using which you can get it on Android.

04:25 pm (IST): One of the Samsung users has found a potential fix for the Fitbit syncing issue on various Galaxy Z Fold 3 and 4 devices. You can check it out here.

06:50 pm (IST): The new Fitbit app update that comes with v3.73 has reportedly fixed the sync issue on Samsung Galaxy Z Fold and Flip phones. More on that here.

Also, Fitbit devices are losing support for Pandora and Deezer apps. There is no official explanation, but some users feel that Google wants to force those who want smart features to buy a Pixel Watch.

Lastly, a Fitbit forum moderator confirmed that the bug where the ‘Hourly Activity’ gets stuck on an endless loading screen has been finally reported to devs. This is a bug that has been around for over 1 year.

There is no ETA for a fix for this last bug yet, but there is a workaround:

09:04 am (IST): Some Fitbit Sense 2 users are unhappy as snore detection feature is missing from their watch despite showing in app. More on that here. 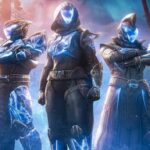 [Update: PlayStation Store down] PlayStation Network (PSN) down or not working? You're not alone