But that doesn’t mean the pair has always been free of bugs and issues. For instance, we recently highlighted how the Pixel 7 Pro’s mic filtered out high-pitched voices and was also questioned for its GPS accuracy.

And now, some Pixel 7 and 7 Pro users (1,2,3,4,5,6) have been facing issues related to Bluetooth connectivity even after the latest November 2022 security update.

Anyone here with hearing aids have the issue where overtime the connection just cuts out ? Sounds like it’s losing connection then cuts out completely but still says it’s connected. So I have to turn off and back on the Bluetooth…
Source

My brand new Google Pixel 7 Bluetooth, saved devices (only with Tesla) disappear when I reboot my phone or manually turn off the Bluetooth. Only happening to my Tesla. My Tesla app works fine. Has anyone experienced the same issue? I’m returning my Pixel 7 today due to a Bluetooth issue.
Source

This issue is preventing some users from successfully connecting various devices to their Pixel smartphones while in other cases, the paired devices keep disconnecting after some time.

There are also some cases where the Pixel phones automatically forget the paired devices after a Bluetooth restart or reboot.

Usually, a paired device stays registered but this issue is constantly unpairing connected devices and won’t appear under the saved devices list once turned off.

Affected users have tried clearing their Pixel smartphones and the respective paired devices’ data but to no avail.

Unfortunately, Google hasn’t acknowledged the issue yet and we hope that they fix it at the earliest since it’s ruining the user experience.

We will keep track of the latest developments regarding the issue and update this story as and when we come across anything noteworthy.

12:26 pm (IST): Google has released December update for Pixel 7 and 7 Pro which includes potential Bluetooth connectivity-related fixes. Hence, users can install it and see if the issue persists.

04:39 pm (IST): Even after January 2023 update, some users are reporting Bluetooth connectivity issues on their Pixel 7 devices.

09:06 pm (IST): Pixel users who are facing issues with Bluetooth connectivity in their cars can check out some workarounds to fix the issue by heading here.

04:55 pm (IST): Although Google released a fix for the Bluetooth connectivity issue with the January update, fresh reports suggest that it persists to date.

Those affected are now demanding Google to release an emergency update to fix this problem and don’t want to wait until February update. They think of it as a security risk, especially for drivers who use Android Auto. Is GameStop shutting down in 2023? Here's what we know so far 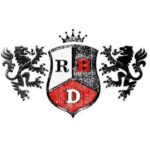