ZenFone 9 is one of the latest Asus flagships. This model stands out from most in the industry for offering the power and experience of a flagship in a very compact format.

The photographic section is one of the device’s main selling points, according to Asus. They even boast an integrated ‘gimbal-like’ stabilization system. However, it seems that the performance of the cameras of the ZenFone 9 is not meeting the expectations of the users, producing blurry photos and choppy or laggy videos.

There also seems to be an issue with excessive battery drain from “others” following a recent update to the device.

Although the device integrates powerful camera hardware and features, the results obtained have not lived up to the specifications, according to multiple users.

Disappointed users point out that the rear cameras produce blurry photos due to erratic camera focus. This is something that should not happen in a flagship that boasts high-level OIS (almost gimbal-like).

Video quality is also negatively impacted by the issue. Users report that the videos recorded in 4K are choppy or laggy, which is strange since the device integrates a powerful chipset.

Hi! I have Zenfone 9 almost 2 months and in general, this is perfect phone except video from camera. As you can see on recorded video for test (4K 60fps), quality is good, but there is a lot of lags, drops, miss frames, looks like choppy video or sth like that
Source

Apparently, the issue is not affecting the ultra-wide camera.

Hello,. I’ve managed to update to android 13 and the main camera is still blurry (cannot focus) in every mode possible (vide , photo, Pano etc.) Except for the wide angle one (that one works pretty good).
Source

In the following video, you can see the ‘choppy’ effect with FPS drops in the ZenFone 9 video recording:

A user suggests that the situation worsened with the arrival of Android 13, since the shutter speed is now slower.

After the release of Android 13, there was a setback in the photo camera. It takes a long time to shoot the photo and this causes blurring even during the day. Gcam is ABSOLUTELY superior, it’s a shame because when I just bought the Zenfone 9 the camera was working fine.
Source

Given the multiple complaints, an Asus moderator in the ZenTalk support forums confirmed that the company is investigating the issue and requested more information from those affected:

Hey. This issue is currently being analyzed by the R&D. However, I do need the following information from your end-

Are all of you currently on the A13 FW?
Did the issue begin to occur right after the FW update?
Source

Other Asus ZenFone 9 users are also facing a battery drain bug caused by unknown services tagged as ‘Others’ in the ‘Battery Usage’ section of the device.

The problem is reportedly so severe that affected users manage to get a maximum of 3-4 hours of SOT (screen-on time) on full battery.

Zenfone 9 battery Drain by “Others”

Hello. I have just bought a Zenfone 9 last week and I am having bad battery life. The SOT is roughly 3 to 4 hours. I can see most of the battery is consuming by “Others”. Is it normal?
Source

Battery drain by (others)

A moderator escalated the issue to the development team, who responded by requesting log files from affected users.

Detailed instructions for getting the log are here, and you can PM it to the same moderator.

We will update this story once relevant new developments on the matter emerge. 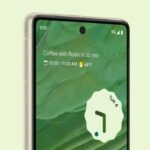 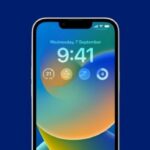