Just in case you’re racking your brain wondering why the email and internet services on TalkTalk aren’t working for you, find solace in the fact that you aren’t the only one facing issues lately.

A quick look at Twitter reveals there are many others affected as well. As per reports, the telecommunications and mobile network service isn’t working at all for several hours now.

Complainants state that they are unable to avail internet services since morning and that the TalkTalk live chat support has been unhelpful. For a quick glance, here are some of the reports:

Are you planning on telling us what is going on? I only got Talk Talk yesterday and now I have no internet, not really good enough
Source

@talktalk “some” I’m pretty sure the whole country is without internet. Is there a reason? Or an update? Or an estimate of time of when this is going to be resolved?
Source

I’m receiving emails to webmail, but I can’t send emails and I get a message telling me that ‘Sender domain is invalid’. Haven’t been able to receive or send emails from Outlook since yesterday
Source

As clear from the above, TalkTalk email is down. Mails are neither coming in nor going through, with all sent emails saying that the address is invalid.

The TalkTalk official website also conveys that the service is indeed suffering an outage at the moment in the internet and email department.

Thankfully, the telecommunications and mobile network service provider has already issued an official acknowledgment a couple of hours back on Twitter.

The company notes that they are aware some customers are experiencing issues when trying to access TalkTalk email and their engineers are looking into it on priority.

That said, we will continue to keep an eye on the matter and will update this page with relevant info as and when we come across any. So in case you’re encountering the problem discussed here, stay tuned for updates.

05:13 pm (IST): Many users have taken to Twitter to report that TalkTalk is currently down or not working for them.

Luckily, the support team has acknowledged this outage and said that they are currently investigating it. However, they did not provide any ETA for the fix.

We’re aware that some customers are unable to access the TalkTalk website, we’d like to apologise for any inconvenience this may cause. Our team is investigating this as a priority and hope to restore service as soon as possible. (Source)

07:50 pm (IST): TalkTalk support team has confirmed that the recent issues with their service have now been resolved.

The earlier issues with the TalkTalk website have now been resolved. Thank you for your patience during this time. (Source)

03:41 pm (IST): According to fresh reports, TalkTalk is currently down or not working for many users in multiple regions.

Luckily, the support team has acknowledged the issue and said that they are looking into it.

We’re aware that some customers in the South Midlands, Chilterns and North London areas are currently experiencing a loss service. Our engineers are looking into this as a priority, apologies for the inconvenience, we’ll provide further updates here (Source)

07:19 pm (IST): The recent outage with TalkTalk appears to have been resolved as we haven’t come across any fresh reports.

The company’s support team confirmed that they are aware of an outage in a particular area.

We are aware of issues in the area and engineers are working to restore the services ASAP. (Source)

04:30 pm (IST): The company — via Twitter — confirmed that the outage has been resolved in the Cheetham Hill and Broughton areas.

The issues affecting the Cheetham Hill and Broughton areas have now been resolved. We apologise sincerely for any inconvenience caused by this outage. (Source) 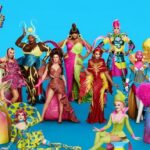 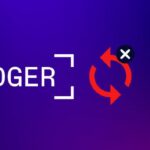