When it comes to performance, the LG B and C series smart TVs are quite comparable. The C series has a brighter OLED display, which is very useful for watching HDR content.

C2 is a good choice for gamers because it has four HDMI 2.1 ports and supports hands-free voice control.

However, some LG B and C series smart TVs users report display issues where their units randomly flash black or screen flicker (1, 2,3,4,5,6,7,8).

When users turn on the TV, everything boots up as it should. However, after some usage, the TV flashes black, once, for a few seconds before returning to normal.

This appears to be quite strange because there are no content/mode changes or switching occurring at the time of the flashing, which occurs at random intervals.

Also, the screen appears to start flickering unprompted, which is especially visible with Dolby Vision content. Rewiring the TV and updating the firmware do not appear to resolve the problem.

This is the second time where I’m getting a no signal message from LG C2. First time It happened I Google said issue which took me to a reddit thread and solved my problem 2 weeks later screen went black again and I can’t seem to remove the no signal message. Every minute or so it’ll go black again showing HDR on the top right corner
Source

Every 10-20 min while watching a film/episode of a show using a app running on the TV it will flash a frame or 2 of black. This has not happened while using a external device via HDMI, only appears on downloaded apps like Netflix,HBO,Amazon etc.
Source

Another issue appears to be that the screen simply flashes green and black lines without displaying anything else. The only way to get around is to turn off Dolby Vision.

We hope that the developers soon find the root cause of the issue at hand as it severely impacts users’ viewing experience.

We’ll keep tabs on the latest developments and update this article as and when something noteworthy comes up.

Note: We have more such stories in our dedicated Smart TV section so be sure to follow them as well. 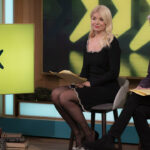