The Google Pixel 7 and 7 Pro were recently unveiled during the ‘Made by Google’ event. The devices are already reaching early buyers and the first opinions are coming to light.

Along with opinions, there are also the first problems. For instance, Android WebView and Google Play system are not updating for some, while others are finding that the eSIM feature is not working with all carriers.

Now, reports are emerging regarding a problem that affects the interaction with the device’s screen. Apparently, screen scrolling on some Google Pixel 7 and 7 Pro units is behaving erratically.

Both Pixel 7 and Pixel 7 Pro displays have a refresh rate of more than 60Hz. The vanilla model maxes at 90Hz while the Pro model goes up to 120Hz.

This means that everything you see on the screen will be much more fluid than on a traditional 60Hz screen. It also ensures that the screen touch response is accurate and reactive. 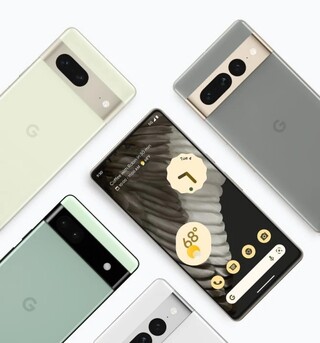 However, there seems to be a glitch in the Google Pixel 7 and 7 Pro screen scrolling that causes erratic or inconsistent behavior on touches.

Multiple reports agree that the horizontal swipe requires exaggerated finger travel. This affects common situations like switching between different photos, but interestingly it doesn’t affect the ‘back’ gesture.

Also, for some users, the Google Pixel 7 and 7 Pro screen scrolling is lagging or stuttering. This is especially noticeable in social media apps whose feed requires a lot of vertical scrolling.

Different scrolling behavior on Pixel 7 Pro. For instance, the left/right swipe gestures on the Relay app have to be much more generous to register. Or on the Instagram app, when flicking right/left through a post gallery I have to move my fingers more to get to the next picture. On my 6 Pro it was enough to flick the fingers just slightly left and right, now I have to scroll over half the screen.
Source

Anyone experiencing scrolling lag/stutter? Been setting up the 7 Pro all day and I’m really beginning to notice a ton of stutter on apps like Twitter and Reddit. Is it just me? Or the apps themselves maybe? I’m coming from a OnePlus 7 Pro that didn’t have any issues.
Source

There is no official acknowledgment from Google yet. However, there are a couple of workarounds that reportedly help mitigate or resolve it.

First, you can try lowering the ‘Touch feedback sensitivity’ values from ‘Vibrations’ menu in the system settings.

Reducing the Touch feedback sensitivity under Vibrations and haptics made the scrolling much smoother for me. It was set to max by default. Changed it to the lowest setting and scrolling seems better after that.
Source

Also, you can check if you have pending updates, as some Pixel 7 users reported that the issue was resolved after updating their smartphones.

The system update fixed the scrolling and gesture jankiness.
Source

We will update this story once new relevant developments on the subject emerge.

12:20 pm (IST): Users claim that they are facing this issue after turning on touch data in the developer options. So, it seems that it’s a System UI bug and is not ‘app-specific’.

Turned touch data on in developer options. Wanted to show it occurring in System UI, to eliminate it being “app-specific”.The issue is really apparent for short flicks, it almost has a rebound effect. I now have to be really exaggerated and deliberate with my scrolls. These are the same sort of flicks I used for all my other phones, never had an issue. So I don’t think “I’m holding it wrong”.
Source

10:46 pm (IST): A Redditor has suggested a workaround that might fix the scrolling issue on Pixel 7. You can check it out below and see if it helps.

After doing this I noticed the refresh rate goes smoothly from 120 to 60 whereas with it on it jumps up and down a bit after taking your finger off the screen. Let me know if it works for you. (Source)

04:25 pm (IST): As the Pixel 7 Pro comes with a curved screen, there is a slight chance that the case is interrupting the scrolling gesture. Users can try removing it to see if fixes the issue.

I am seeing scrolling issues on the pixel 7 pro from time to time – sometimes after I plug in the power plug it gets worse. But when I remove the case (case mate clear plastic case) the problem stops completely.
Source

06:09 pm (IST): Some users pointed out (1, 2) that the scrolling glitch is happening due to Exynos SoC. And since Tensor chip is based on Exynos, Pixel 7 and Galaxy S22 users are facing a similar issue.

12:09 pm (IST): There is a good news for all the affected users as this issue has been reportedly escalated. So a fix could be coming soon.

12:50 pm (IST): Many Google Pixel 7 and 7 Pro users say that the screen scrolling issue still persists even after the November update.

03:19 pm (IST): According to one of the Redditors, the Pixel 7 and 7 Pro screen scrolling glitch is apparently inconsistent and in no way limited to certain swiping patterns. So, it’ll also act erratically while swiping up as shown in the video shared on YouTube.

Pixel 7 pro scrolling issue demonstrated. The problem seems to be not consistent depending on which way you scroll. As you can see it’s barely moves when trying to go up.
Source

04:44 pm (IST): A latest report suggests that the Google Pixel 7 and 7 Pro screen scrolling glitch persists even after the December update.

01:02 pm (IST): A Redditor sarcastically quipped that the January update fixed the issue. The ‘Safari definitely feels snappier’ line makes it clear that it’s not serious (Safari is Apple’s browser).

Just finished installing the Jan update on my P7P. It seems Google has quietly fixed the scrolling issue, or at least it’s no longer present on my device. Can anyone confirm?

15:50 pm (IST): A couple of reports suggest that the Android 13 beta/QPR2 version has fixed the scrolling issue (1, 2). So, it wouldn’t take long to reach the stable firmware.

13:05 pm (IST): We have come across another potential workaround that involves reducing the pointer speed. Here are the steps to do so:

1. Go to system settings
2. languages and input
3. Reduce the pointer speed to around 300.
Source 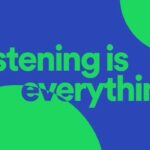 Spotify genre filters broken or says 'may hide some results' for some users, issue acknowledged (potential workaround inside)

[Updated] Unofficial YouTube Rewind or Wrapped tool 'Video Recap View Odyssey': How it works & everything you need to know