[Updated] Google Pixel 7 & 7 Pro camera not working or app keeps stopping? Here's how to fix it

The Google Pixel 7 and 7 Pro are the latest smartphones from the company. Both come with various improvements and a very competitive price in their segments.

The smartphones are powered by a new Tensor G2 chip and include multiple software improvements based on the improved AI processing power of the SoC. That said, some early users are encountering a performance issue in the Camera app. More specifically, the Pixel 7 lineup Camera app is crashing, not working or keeps stopping; but there is a fix.

Multiple reports reflect the issue where the Google Pixel 7 and 7 Pro Camera app is unstable for some users right after turning on their devices.

Affected users are unable to use the Camera app due to the constant crashing or freezing. This is a serious problem as the cameras are one of the main aspects of the Google Pixel 7 series.

I just received my Pixel 7 Pro today. While setting it up and comparing settings with my Pixel 6 Pro, I received several messages that the “Camera keeps Stopping”. Also, the Camera app will NOT open via the icon in the app drawer.
Source

Here’s how to fix the issue

Fortunately, there is an easy fix for the Pixel 7 lineup camera crashing bug. Basically, you just have to update the Google Camera app from the Play Store.

I had the thought to check the play store and sure enough, there is a ~218 MB update for the camera app that totally resolved my problem.

It is curious that the Pixel 7 Camera app comes ‘bugged’ by default for some users. However, the fix is already available and you can easily implement it. 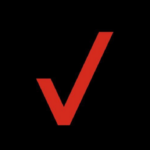 Is Verizon down, not working or undergoing an outage today in 2023?