[Updated] War Thunder down or not working? You're not alone

War Thunder is a multiplayer vehicle-centric warfare game. It uses a free-to-play format that allows you to play it and progress without having to spend anything.

War Thunder offers a large collection of vehicles both on land and in the air. You can take the battles even to the skies for a complete immersive feeling.

That said, War Thunder servers are currently down or not working preventing players from accessing it. Also, it seems that everything is due to a DDoS attack.

War Thunder down or not working

According to multiple reports, War Thunder is completely inaccessible at the moment due to a big outage in the game servers.

I was having probably the best play session I’ve had in a while and now I’m just getting timed out every time I try to que up for a game. I’m frustrated
Source

Pretty sure the servers went down right when we were about to finish an Air Assault AB, finished it and didn’t get any rewards, restarted and the servers were borked. Hopefully the hamster gets back onto the wheel soon.
Source

War Thunder team is aware of the issue and confirmed that the server crash is due to a DDoS attack.

Judging from the reports and the official acknowledgment from the developers, it seems that DDoS attacks on the game have become common lately.

For those who do not know what a DDoS attack is, it consists of the following:

DDoS is Distributed denial of Service meaning someone is sending mass amounts of data, messages or requests on one vulnerable point of the server which results in the server getting overloaded and essentially malfuntioning…
Source

Through their official website, the War Thunder developers revealed the measures they will take to mitigate the impact of DDoS attacks.

The reason for the attack on the game’s servers is unknown at this time. Also, there is no ETA yet for War Thunder to return to normal operation.

We will continue to monitor the situation and update this story as events unfold.

01:13 pm (IST): A section of users has taken to Twitter (1, 2) to report that Warthunder is currently down or not working for them. Moreover, reports on Downdetector also suggest the same.

Luckily, Xbox support has acknowledged this problem and said that they are currently investigating it.

We are aware some users may have issues playing War Thunder. We appreciate your patience. While this is being investigated follow along here and on our status page: https://msft.it/6019eXWYW (Source)

07:15 pm (IST): The recent outage with War Thunder has now been resolved as we haven’t come across any fresh reports. 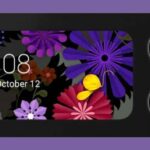 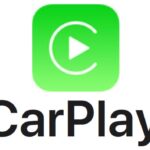