Some Hive Social users unable to deactivate or delete account, no fix in sight

Hive Social is a social platform whose popularity increased significantly as it emerged as one of the potential alternatives to Twitter. It boasts of focusing only on the simplicity of social media.

As more users joined Hive Social, new issues to fix emerged. For instance, for some the dark mode was automatically reset, while for others the app simply did not work. 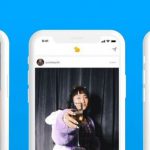 Now, some Hive Social users are facing an issue where they are unable to deactivate or delete their accounts.

Hive Social ‘deactivate or delete account’ option not working for some

After testing the social network for a while, there are users who were not convinced by the experience. Therefore, they are trying to delete their accounts.

However, multiple reports indicate that the ‘delete account’ option is currently not working for some users, with no apparent explanation.

It seems that the problem is not exactly new, as there are reports indicating that the function has been like this for ‘some weeks’. Not even writing directly to the Hive Social support team helps to solve it.

@TheHIVE_Social hey, I’ve been trying for a few weeks now to deactivate my account and even emailed your support and I am still unable to AND haven’t heard back from your support team yet. It’s becoming increasingly uncomfortable data wise & I would some sort of response please.
Source

Still won’t let me deactivate. I’m done there and have edited my account accordingly. Now I just want it removed. All they have to do is FIX the deactivation process, which is broken. Sigh. @TheHIVE_Social
Source

When users try to choose the ‘Delete’ option, nothing happens. It’s as if the code behind the function is broken or has been removed.

Some users speculate that the devs disabled or removed multiple features and options to improve the app’s performance, although this has not been confirmed.

yeah, their way of “making things faster” was disabling half of the app. I’m not very impressed.
Source

Unfortunately, there is still no official word from the Hive Social team on this bug. There is also no workaround to help fix it, pending official response. 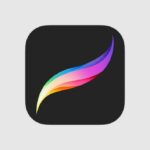 [U: Crashing after v5.3 update] Procreate app freezing or crashing when opening layers after latest update, fix in works 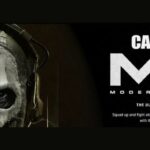