Bravo TV, Fox News, and a handful of other networks can be safely mentioned as a few of the most famous networks to enjoy freshly brewed, good-quality content for many in the United States.

They are watched by millions of people and even better is that they are accessible through multiple streaming platforms, including the Hulu app.

Most people’s entertainment trajectory is fueled by these channels, but there is a little bump in their way.

Reports (1,2,3,4,5) suggest that Hulu subscribers have been experiencing a black screen issue while playing live or recorded shows from Bravo TV, Fox News and a few other networks.

Apparently, affected Hulu viewers say that whenever they play live or recorded shows, a black screen appears with no picture, but audio keeps playing.

“I am running the Hulu app on my Apple TV and I’m having issues with recoded shows on bravo. They turn out black with audio. I’ve tried reproducing it on my other Apple TVs and it seems like all Bravo recordings at least on my Apple TVs, record with no video or there is an issue with the video in general. Has anyone had this issue?”
Source

“All of my Hulu channels work great on AppleTV except Fox News Channel is blacked out (I can hear audio, but no picture). Just started happening today. Anyone else have this issue? Fixes?”
Source

Not only is this problem annoying, but it’s also hampering the entertainment experience for a considerable number of viewers. It certainly is frustrating, especially since the issue has persisted for weeks now.

The plight of paying one’s hard-earned money for such subscriptions only to find out that the service is not at par is real.

And it’s quite unfortunate that there’s still no acknowledgment from Hulu, perhaps because the team seems unaware of the blank screen bug on some shows at the moment.

There’s also no workaround for the issue where Hulu plays some live or recorded shows with a black screen and only the audio as of now. We hope Hulu soon comes across reports on the issue and addresses it.

Do keep tabs on this space as we will update it with new developments on this matter. There’s also more related coverage in our dedicated Hulu bugs & issues tracker.

08:30 pm (IST): It appears that this isn’t the first time Hulu subscribers have experienced this problem. Many previously reported similar behavior and the issue was also acknowledged by the developers.

However, it seems to have snuck back into the application.

Apologies for the trouble! Sounds like you may be running into a behavior our team is investigating.
Source

05:49 pm (IST): Hulu team has finally acknowledged the issue where show recordings are saved as a ‘black image with sound’ file. However, there is no ETA for a fix yet.

Apologies for any trouble, Mark! This sounds like something our team received similar reports of and is digging into. When you have a chance, please connect with us here: https://hulu.tv/ContactSupport– by following the prompts so we may gather a few more important details.
Source

Hulu invites affected users to contact the appropriate support team via a dedicated link to help resolve the issue faster.

06:45 pm (IST): Hulu support now says that this is an issue that they are investigating with the NBC networks on Apple devices.

Thanks for following up (we’re very much real people, by the way)! It sounds like you may be running into some behavior that we’re investigating with NBC networks on Apple devices. For now, we suggest using the NBC Sports app with your Hulu login. (Source) 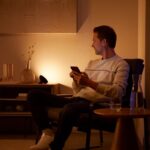 Philips Hue 'Natural Light' mode still missing for some even after v4.32 update

An individual who tries to express her heart with a motive to create an impression through writing, orating and public speaking.