Warzone 2.0 is finally available to play across all major platforms and is already receiving a lot of love from gamers around the world.

With a brand-new version of the battle royale map and improved visuals and mechanics, many are enjoying the new ‘player versus environment’ elements in the game.

This has happened about 3 times now. Was just about to exfil with some loot and 3 contracts won, and this AI takes a shot at me. I had 3 plates on so I wasn’t worried, and I start shooting with a RAAL. Dude won’t go down. He then pops me in one shot with an RPK. Just… what???
Source

Sure I love DMZ, but it can be really hardcore sometimes. It might be healthy for the game to have a casual mod for leveling up weapons and such. Taking a break from BR just to get one shot with 3 plates in DMZ by a bot is really frustrating.
Source

Apparently, COD Warzone 2 introduced an all-new DMZ mode that requires survival and resource management to meet objectives in a specific period of time.

This mode usually sees you battling against both human and AI opponents for loot and glory.

However, many feel that the Warzone 2 DMZ bots are resistant to any shots and can even track players behind walls and shoot them.

Sometimes, the army of enemies also spawns out of nowhere in large numbers with an exceedingly accurate aim. Therefore, this issue has prompted many to ask for a nerf.

COD: Warzone 2 players (1,2,3,4,5) are also facing an issue where the perks and heartbeat sensor are not working.

Hello! Was wondering if anyone had the same issue with the ultimate perks not working on WZ. I select like ghost or high alert but as soon as I get the load out it changes annoingly to “QUICK FIX”. Is anyone having thr same issue? Cheers
Source

The heartbeat sensor allows players to track multiple enemies in their proximity by monitoring their heartbeats. It gives a ‘beep’ sound whenever the sensor detects a target.

But it seems that it is currently not working properly and appears bugged. Likewise, perks like High Alert or Ghost are also not functioning well.

Even when players get a loadout, it becomes increasingly difficult for them to select various perks packages.

According to a report, it appears that the quick fix perk is the only package that seems to be working fine.

None of the current perk packages say that they give you a quick fix and most of the perks in this game don’t work currently.
HOWEVER quick fix IS in the overkill perk package. You can see it pop in this screenshot and it immediately healed me.
Source

No official word in sight

Unfortunately, Infinity Ward hasn’t acknowledged the issue where the COD: Warzone 2 DMZ bots are quite overpowered. The team also hasn’t commented on the bugged ‘perks’ and ‘heartbeat sensor’ issue.

We’ll keep an eye on these issues and update this story to reflect the latest developments.

05:23 pm (IST): A new Warzone 2.0 update brought a fix to the issue where the general AI difficulty was increasing uncontrollably. According to the devs, this was only intended for a specific area, not the entire match. 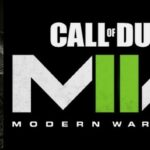