New updates are being added at the bottom of this story…….
Original story (published on October 28, 2022) follows:

Modern Warfare 2 is the latest addition to the infamous Call of Duty franchise. The game was just released for players all around the world and is already expected to be a success.

However, the launch has been incredibly chaotic and many have been experiencing various problems related to the performance and stability of the game.

We recently highlighted an issue where players were experiencing severe crashing issues during the game’s campaign mode.

Making matters worse, a lot of COD: Modern Warfare 2 players who experience crashes during the campaign or multiplayer mode, are getting permanently banned for no reason at all.

It’s worth noting that this issue was present in the early access as well and has now sneaked into the global version.

You stole my money, you banned me without explanation or reason, you don’t care I’ve been sending proof i wasn’t cheating, yet you ignore everything
Source

Me and many other players are getting wrongfully banned on steam. This is ridiculous, please lift the bans so everyone can enjoy the game.
Source

This is frustrating as many feel scammed or cheated by the company. The fact that the game starts at US$70 makes the entire situation even worse.

Some players are getting banned even for verifying game files on steam and trying to scan and repair the game in the battle.net launcher.

Unfortunately, the developers have not yet acknowledged the issue where COD: Modern Warfare 2 players are getting permanently banned for no reason.

We did not come across any workaround that can potentially help resolve the problem. Players might have to wait indefinitely until the developers come up with a solution.

12:15 pm (IST): According to reports, some players are getting a ‘Scan and Repair’ prompt after the game experiences a crash with the error ‘game_ship.exe’.

However, clicking on the prompt results in an instant ban in some cases.

It’s worth noting that the ‘game_ship.exe’ crashes are not the only ones causing the banning issue.

05:48 pm (IST): Infinity Ward has now created a public Trello board for Modern Warfare 2 bugs and issues. However, there is no mention of the issue where players are getting permanently banned.

05:02 pm (IST): A COD: Modern Warfare 2 player reportedly visited the Activision office in a bid to get an answer as to why they got falsely banned. However, they got denied by security and are now trying to get a refund.

04:48 pm (IST): According to a report, players are apparently getting permanently banned for using RGB keyboard and mouse.

Furthermore, Call of Duty Japan on Twitter has acknowledged a bug with the mouse and provided a workaround to resolve it.

It is a bug that some camouflages that occur when playing #MW2 with a mouse cannot be selected. It may be possible to avoid the bug by selecting with the wasd key on the keyboard or the arrow keys and equipping with the space key. I would appreciate it if you could do this workaround until the fix is completed.(Source)(Translated) 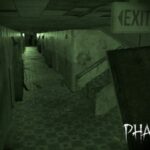 Phasmophobia not loading or throws 'Game Does Not Exist' error for some; textures issue comes to light (workaround)