Motorola users have been receiving the Android 12 update for their devices throughout the year. The key features are the new Conversation widget and the ability to adapt the system colors to the wallpaper.

However, this update has been filled with various issues that have impacted users in a negative way.

According to reports, some Motorola users are facing many network issues like no audio during calls, SIM card not being recognized by mobile, and the 5G network option being unavailable.

After the recent Android 12 update, users can’t hear the caller’s voice. To resolve this issue, users have to turn off their device and then switch it back on.

But, after some time, the exact problem reappears. The audio seems to work fine while making calls on other apps such as WhatsApp.

Users have also reported that their smartphones no longer detect a SIM card or connect to a network. As a result, they can no longer make or receive phone calls.

@TMobile @MetroByTMobile Hello, I just updated my Android Moto pure from Android 11 or android 12 which you guys TOLD ME to update my phone for that new version and i updated it all and now my Network is locked after restarting my phone. I don’t know what’s the issue. Unfair
Source

I tried sticking his card in my phone and mine in his – and his card still clearly works fine.. But his G Pure will not read any SIM inserted into it. We’ve rebooted the phone, with and without the card inserted… We even ran a factory reset – and it still will not read the SIM card.
Source

With Android 11, users were able to connect to 5G. However, after upgrading to Android 12, 5G is no longer offered as an option, and users only get up to 4G network (1,2).

How to restore 5G which was lost after upgrading to Android 12 Hi Richard, I’m having the same problem, no 5G option available after update to Android 12.
Source

Another major issue appears to be battery backup, as users usually have to charge their Motorola smartphones multiple times every day.

According to affected users, their smartphone battery drains at an exponential rate with light to moderate usage.

In certain circumstances, users lose 30-40% of their battery charge overnight, which is excessive. This problem began following the update, while the battery backup was good prior to it.

If anyone could help me. Motorola edge plus. After android 12 I experience huge battery draining.it goes fast empty during normal usage , and it can eat about 30-40% of the battery through the night. What’s an absolute no-go. Already did a factory reset. It didn’t help. The problem persists. Model XT2061-3
Source

Hello, I came to point out an error in the update of Android 12, the battery is crashing too much, discharging beyond the normal performance has dropped a lot. I hope they correct this, error prfv.
Source

Other issues with Touch, Bluetooth, Volume, and much more

Other major issues that appear to be affecting users’ experiences include the inability to watch in HD on Netflix, the recent apps button not working and Bluetooth is not turning on.

Netflix has stopped supporting HD after the new Android 12 update as videos only play in SD quality. Widevine L1 has been disabled and only L3 is available.

The recent apps button in the navigation bar stops working after some time of use. When you restart the gadget, the button works again for a while, but then it stops again.

After updating to Android 12, the recent apps button in the navigation bar stops working. I have the same problem. The task switcher button stops working after a random amount of time. Reboot fixes it for a while.
Source

This issue has been very inconvenient for users who don’t use gestures, as they prefer the bar with the three buttons instead.

Furthermore, some users claim that their phone’s screen is unresponsive and that the touch responds automatically (1,2).

Some users say that they can’t change the volume for individual apps anymore as every time they adjust the level for a specific app (Spotify, YouTube) it changes the master volume.

MotoG60s. Is there a way for me to go back to Android 11? 12 has broken my multi volume function and there seems to be no fix online.
Source

Several other users are unable to access Bluetooth since it cannot be enabled at all (1,2).

Overall, the update has disappointed Motorola users, who had been looking forward to it for quite some time (1,2,3).

Some went so far as to criticize the developers’ decision to deliver a half-baked update riddled with bugs that might disrupt the operation of the device.

That being said, stay tuned to PiunikaWeb to know if and when there are any further developments regarding the Motorola Android 12 update issues. 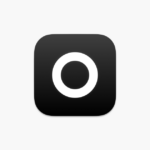