Not only that, the developers have announced a new event named ‘Death Scourge’ along with new playable characters like Archangel, Nemesis, Captain Carter, and others.

However, there appears to be a problem that players started facing after it.

According to reports, Marvel Strike Force players are facing an issue where the game is not loading for them (1,2,3,4,5,6,7,8).

The affected gamers allege that when they start the game, the loading screen freezes at 17 percent and will not progress any further.

Normally, there’s a little bar at the bottom of the screen after a patch that says ‘Downloading’ but that seems to be missing as well.

Some gamers assumed it was a visual glitch and just left the game running for a while, but no progress was gained.

This issue seems to have popped up after a recent v6.6.0 update that was released on December 7 and affects all platforms.

Is anyone else having difficulty getting the game to load. It gets upto 17% and the tips and writing changes but it doesn’t load anymore
Source

Loading screen is stuck at 17%. Any suggestion to fix it short of a delete and re install?
I have already reset my phone and that didnt help.
Source

Among the reports, there is a possible workaround that appears to resolve this issue. All you need to do is uninstall and reinstall the game:

We hope the potential workaround suggested above helped you address this problem; if so, please let us know in the comments section below.

That being said, stay tuned to PiunikaWeb to know if and when there are any further developments regarding the issue with Marvel Strike Force not loading. 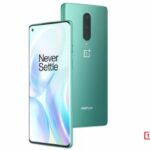 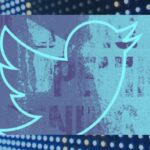 Twitter's 'Swipe up for more' videos draws Instagram & TikTok comparisons, but not everyone's a fan