The Google Pixel 7 is one of the best Android phones for the money available, offering a fantastic camera and an unrivaled Android software experience.

However, these phones aren’t perfect. We’ve highlighted issues such as front camera photos being blurry, grainy or washed out, ‘No network’ or ‘No service’ (connectivity) issue and many more.

And now, according to the reports, many Pixel 7 users say that the media controls are missing or not showing on the lock screen for them (1,2,3,4,5).

When an app is playing music in the background, a widget is displayed on the lock screen. It allows users to change the song without having to unlock their handsets.

However, for many Pixel 7 owners, the media player does not appear on their lock screen unless they drag down their notifications bar.

Several users have noticed that the current time is shown in the upper left corner to create room for the music app widget. But it’s missing from that spot.

Media Controls not showing on lockscreen. Title says it all basically. The controls are visible in the notification center but as soon as I lock the phone it knows that there’s something playing because it doesn’t show the two-line clock, but no widget comes out.
Source

Another issue is that the media player cuts off in half at the same time it fades out when swiping down the notification center from the lock screen. This seems like an Android 13 issue and is not specific to any Pixel.

Troubleshooting methods like logging in and out, uninstalling and then reinstalling, and making sure all notifications are on for their lock screen don’t work either.

Fortunately, Google support has confirmed that the issue with the lock screen media player halving has been escalated to the concerned team. However, no ETA for a fix has been shared.

Here are steps to disable the ‘Skip lock screen’ option:

If the aforementioned workaround helped fix the media controls missing issue, do let us know in the comments down below.

We will be updating this space once the problem is resolved so stay tuned for more information.

06:46 pm (IST): With the December 2022 update, Google has fixed the issue where lock screen media controls were missing. 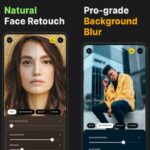 [Updated] Lensa 'Magic Avatars' not loading or working? You're not alone [Updated] Amazon checkout not working or loading? You're not alone