Need for Speed Unbound crashing on PC & consoles? Here are some potential workarounds

Need for Speed Unbound is a racing video game that lets players race against time, elude cops, and compete in weekly qualifiers to advance to the ultimate street racing challenge.

Although it was recently released, players are already experiencing issues with the game thus making it almost unplayable.

Need for Speed Unbound crashing on PC and consoles

Can you pls fix the DirectX Error so i can Play the Game and Finish my Race the Game keep Crashing every 5 min by me …. Thats No playable for me.
Source

Hey guys. Ever since I updated my drivers for the game it’s been crashing. Wasn’t a thing previously. Any news on that? @NeedforSpeed #NeedforSpeedUnbound
Source

Reports suggest that most PC players get a ‘DX12error’ message mid-game and also while launching the game. However, updating drivers and BIOS doesn’t seem to fix the crashing issues.

Although the problem is more widespread among PC players, some console users (1,2) are also facing frequent crashes which ultimately shut off their systems.

Some PC users even believe that this issue is more about the Frostbite engine than the graphic drivers or the specs.

EA help has acknowledged the Need for Speed Unbound crashing issues and said that the team is working on a fix.

Fortunately, we have come across some workarounds that can help fix the issues for the time being. One of them includes the following steps:

Those affected can try repairing the game files as well.

this happened to me during the first qualifying, try repairing the game files
Source

If the game still doesn’t work, players can set the Running Origin app as the admin.

I had to set the origin app to run as administrator for it to work.
Source

There’s another workaround and it involves deleting the file with the DX12 error. But it’ll only fix the issue temporarily.

If the above-mentioned workarounds don’t work, affected users can also try installing a mod presented in this link.

Unfortunately, there’s no workaround for consoles so players can wait for the team to come up with a permanent fix.

We’ll keep tabs on the latest developments and update this article as and when something noteworthy comes up.

NOTE: We have more coverage related to EA and gaming in general that you can also check out. 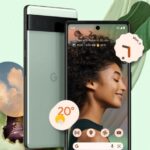 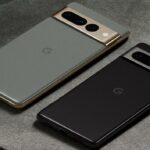