Since its release in mid-September, iOS 16 has been a superb enhancement to the iPhone operating system. Apple released iOS 16.1.1 with various minor bug fixes and security updates on November 9, 2022.

However, currently, some iPhone users are reporting an issue where the wallpaper turns black or disappears for them (1,2,3,4).

Affected iPhone users say that when they switch to the lock or home screen, the wallpaper is automatically changed to a black backdrop.

After restarting the iPhone, the correct wallpaper is displayed, however, the next time the phone goes to sleep, it displays a black background.

Furthermore, this problem began with iOS 16.1 and continues even with the newer iOS 16.1.1, as reported by several users (1,2).

I have an iPhone 12 updated to iOS 16. The background and wallpaper constantly changes itself to Black, automatically. I have to power down my phone in order to recover my Lock Screen Photo as well as the home screen background (or wallpaper). Is this a setting I have set incorrectly or is there a fix to stop this?
Source

Im having a frustrating problem with my iPhone 13 Pro Max running 16.1. At random times, the wallpaper disappears leaving me with a black screen. I have to reboot to get the wallpaper back momentarily, but it disappears again. Will Apple be releasing a fix for this?
Source

Among the reports, there are also possible workarounds that can mitigate the issue. Firstly, apply the wallpaper that you used in the past:

Another user claims that the issue was caused by a faulty migration of the background settings between iOS versions. Granted, you can follow these steps to recover the original wallpaper image:

1. Using iTunes make a full backup of your iPhone
2. Download, install, and run iExplorer on a Sandbox instance
3. Copy the main plist and manifest files to a folder inside Sandbox
4. Tell iExplorer to open that folder as the iTunes backup location

5. Insite iExplorer look for Home > Springboard and then make note of the path for “LockBackground.cpbitmap” and OriginalLockBackground.cpbitmap, it can be “86” or “7c” or something else — I had these two files, perhaps you will have more or less files, but at least the one
6. Go back to your iTunes backup and copy just the two alphanumeric folders into the same folder inside Sandbox

7. Tell iExplorer to export the .cpbitmap files and copy those from the Sandbox back to your desktop
8. Open your browser on https://cpbitmap.github.io/ or https://www.dcode.fr/cpbitmap-format
9. Upload and convert to PNG, JPG, or TIFF
10. Using iTunes, Dropbox, or even emailing to yourself, send the photo back to your phone and set it as a background
Source

According to a user who contacted Apple Support, the wallpapers in iOS 16 are considered in ‘pairs’: Lock Screen and Home Screen.

So, in order to customize the Home Screen image, you first got to pair it with a Lock Screen image:

Users can contact Apple Support about this issue by clicking here.

If the aforementioned workarounds helped fix the wallpaper turning black issue, do let us know in the comments down below.

03:05 pm (IST): Here’s a possible explanation for why wallpaper turns black or disappears on iPhone.

03:33 pm (IST): We have come across a workaround for the issue where the iPhone wallpaper was turning black for some users. You can check it out below.

06:35 pm (IST): There are some potential workarounds that could help you fix this issue. First, you can try to re-download the photo that you are trying to use for wallpaper.

Secondly, force restart your iPhone by following these steps:

Lastly, delete the glitchy Lock Screen and add a new one using the same wallpaper.

03:22 pm (IST): According to a user, simple steps like re-applying the same image as the wallpaper can act as a temporary workaround.

PSA for iPhone users: if your wallpaper turns black at unexpected times, you need to change or reload your wallpaper image. I was ready to exchange my iPhone in frustration but found online others had exper’d this also.
Source

06:04 pm (IST): We have come across a report on the community forum that possibly explains the reason behind the issue where the iPhone wallpaper is turning black.

It seems that it has something to do with the interaction between AOD, focus, and wallpapers.

05:00 pm (IST): A user reported that disabling the ‘Focus Status’ option fixed the issue. You can find that option through the path ‘Settings/Focus’.

04:50 pm (IST): Apple just released iOS 16.1.2 stable update for everyone, so users affected by this bug (and others) can try updating and see if it has been resolved.

Hi there. We can help. If you’re seeing an issue with the wallpaper on your iPhone, start by updating to iOS 16.1.2 to see if that resolves the issue: https://s.apple.com/dE4w1r7M9c
Source

05:30 pm (IST): According to one of those affected, the issue where the wallpaper disappears or turns black has been resolved after updating to iOS 16.1.2 (at least for them).

iOS 16.1.2 is now out and worth a try. I recovered my old wallpaper following instructions others have posted here and am now running 16.1.2 with no issues. (Source)

05:31 pm (IST): Although some users reported that 16.1.2 update fixed the issue, there are others who are still dealing with it.

That said, another user suggested that iOS 16.2 update will bring the fix to the issue. This update is expected to arrive in the next few days (December 12) for everyone, although ‘public beta’ testers already have access to it. 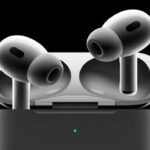