Apple has just announced the iPhone 14 series. While many might be eager to get going with the Dynamic Island, built-in satellite connectivity is another feature that perhaps deserves even more attention.

In case you missed it, Apple has an upcoming feature known as Emergency SOS via satellite. With this, Apple intends to help iPhone 14 users stay in touch even when in areas with no cellular connectivity or Wi-Fi signal.

At the launch event, Apple said that the Emergency SOS via satellite feature will rely on special technology built into the iPhone 14 series to connect to satellites whenever users are far from terrestrial towers. This way, those using the devices will be able to request for emergency services when no other connectivity options (cellular or Wi-Fi signal) are available.

Unfortunately, it seems this perk won’t always come for free. Apparently, buying an iPhone 14 will earn you free 2 years of usage, but Apple hasn’t confirmed the pricing thereafter.

Quite absurd to charge for an emergency service, if you ask me. But even so, Apple’s satellite tool is a boon to next-gen iPhone users, especially since it aims to solve one of the scariest problems that Google Pixel owners have had to deal with on several occasions over the past 12 months.

Last November, reports came out that a certain Google Pixel 3 running Android 11 and on Verizon carrier was for some reason unable to place an emergency call (911) in the U.S. After investigating, Google established that the issue was caused by having the Microsoft Team app installed, even if not signed into the app, which was kind of bizarre since not everyone affected had the app.

The investigation further established that the issue potentially affected an awful lot of other people running Android 10 and above. An update was quickly pushed to the MS Teams app to fix the issue.

In July 2022, a similar issue popped up once again affecting the Google Pixel, this time the latest models – Pixel 6 and 6 Pro. Unlike the first issue that was reported in the U.S., this one was from Japan’s SoftBank carrier.

Google quickly acknowledged it and even rolled out an update early last month to address this issue.

Now, before the dust even settles, we are getting a flurry of new reports of the same issue with making an emergency call on Google Pixel, this time coming from Australia.

Besides the Pixel 6 and 6 Pro, the newest Pixel 6a has now joined the party.

While some of the reports doing rounds are quite recent, some as recent as last week, a quick look on Reddit reveals that the emergency call issue on some Google Pixel 6 and Pixel 6a units isn’t exactly new in Australia.

When I dial emergency services it takes me to a adjusted dialling screen that shows my location and doesn’t appear to actually dial. This was a bona fide emergency and I needed to switch to my wife’s iPhone instead. This is very concerning.

I have seen earlier reports but my phone symptoms don’t match the freeze/bootloop, it just didn’t dial through (no dial tones or anything) despite waiting over a minute so I stopped the call and used my wife’s phone. I am based in Australia. Tried dialling 000.
Source

Sure, this might not be occurring daily. But we also don’t make emergency calls every day. It is possible this could be a bigger issue than we see it, probably maybe even a wider Android issue.

No doubt Google has been quite handy in addressing the issue in the two publicized cases in the U.S. and Japan. The latest concern from Australia is also under investigation, but this isn’t something that can be tolerated anymore.

It is scary to think that the only time you need an emergency service is when the phone decides to fail, which is often the worst time.

Heck, many have even been putting up with excessive battery drain to date but still haven’t ditched the Pixel 6 or Pixel 6 Pro, even after installing the latest Android 13 update.

But for emergency services to keep failing at the exact time they are most needed? That’s totally inexcusable, and Google needs to get this fully addressed at all costs.

On the brighter side, Google has recently revealed that Android 14 will debut support for satellite connectivity just like Apple’s Emergency SOS via satellite tool, but without the need for having new hardware.

T-Mobile and SpaceX Starlink are also exploring similar avenues of bringing satellite connectivity to existing smartphones. And my only hope is that there won’t be extra charges like in the case of Apple.

Do let us know your thoughts in the comments. As for the Twitter poll below, the results will be updated after a week.

[Poll] Would you pay a subscription fee to have better emergency help services on Google Pixel phones?

Vote below & read our opinion here:https://t.co/y5DVoPRGao

The verdict is out, and 100% of our readers say they wouldn’t pay a subscription fee just to have better emergency services on a Google Pixel phone.

13:18 pm (IST): Pixel users are still reporting issues where the emergency calls are failing, making it obvious that Google is yet to address it.

12:41 pm (IST): According to a Redditor, AT&T support has confirmed the issue where Google Pixel is failing emergency calls is on Google’s end.

06:17 pm (IST): It seems that some Pixel 6 owners are still having issues calling emergency services as they report that their phone is unable to dial 911 at the time of emergency. More on that here.

12:36 pm (IST): Some reports are coming in from Pixel users suggesting that they were able to dial the emergency call without any trouble.

In fact, one of the affected users was successfully able to dial an Emergency call by pressing the power button 5 times.

I was able to call 911 (by pressing the power button 5 times), back in October on my P6P without any issues.
Source 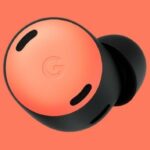 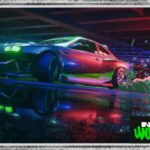 Need for Speed Unbound crashing on PC & consoles? Here are some potential workarounds