COD: Modern Warfare 2 is a complete package for every fan of first-person shooters. You are thrown into an ever-changing story and taken on a roller coaster ride of fast-paced action across different environments.

However, it’s been far from perfect as players have faced bugs like connection issues and weapon camo challenges not tracking. While others are critical of ‘white pings or marks’ on maps.

According to reports, many COD: Modern Warfare 2 players are experiencing dev error codes that are negatively impacting their gameplay experience (1,2,3,4,5,6,7,8).

Private matches are essentially a good way to get yourself familiarised with the new game mechanics and maps. It allows players to play with their friends or bots in customized variants of the standard in-game modes.

It has long been a popular game mode in the Call of Duty series; however, gamers have recently been unable to access it owing to Dev Error 11642.

This issue allegedly happens every time a player attempts to start a private match, rendering the game mode unplayable for the time being.

Dev error 11642 means custom lobbies are unplayable since the update. So dissapointed. Im going back to Vanguard for my cod streaming at present till this mess is sorted.
Source

Please fix whatever you broke! I can’t get into any games because of dev error 292, 11642, & something about no reliable sources
Source

I’m completely unable to start or even open Private Match in some cases. I’m getting “Dev Error 401” by just attempting to create a match. If I’m lucky enough to start a game, the map begins to load, freezes & then either crashes my game or Dev Errors
Source

This issue seems to have surfaced recently following the much-anticipated season 1 update.

Meanwhile, there is a potential workaround that could address the problem before the official fix arrives. All you need to do is change FPS settings from custom to unlimited:

Please let us know in the comments section below whether the aforementioned workaround was successful in resolving this problem.

Also, we will be updating this space once the problem is fixed so stay tuned for more information.

Luckily, we have come across a few workarounds for this issue. The first one involves setting cache size to medium or small:

Secondly, you have to uninstall and reinstall the game.

01:34 pm (IST): As suggested by some gamers (1, 2), another workaround to prevent dev errors from popping up is to load into a multiplayer public lobby, run around a bit and exit.

01:26 pm (IST): A recent Modern Warfare 2 update has reportedly addressed the issue where players are getting dev error in private matches.

10:23 am (IST): Infinity Ward has confirmed on their official Trello board that they are currently investigating some stability issues with the game along with Dev errors in private matches.

03:28 pm (IST): Fresh reports (1, 2) suggest that the issue where players are getting dev errors in private matches persists even after the latest update.

04:38 pm (IST): Here’s a workaround for Xbox users as suggested by one of our viewers.

For Xbox (it may work for pc & PS aswell but I haven’t tested it)
Start to search for a lobby in quick play and back out then do your private match, worked for me after trying other things for 2 hours

Thanks for the tip: Stevie Xolo!

03:58 pm (IST): Dev errors are still present in both COD: Modern Warfare 2 and Warzone 2. However, it now seems to be benefitting players.

According to a report, players are now getting every unlock for free as well as copy of Modern Warfare 2 vault edition.

BREAKING: Dev errors are now giving effected players every unlock in Modern Warfare 2 and Warzone 2 as well as a free copy of MW2 vault edition.

06:37 pm (IST): A gamer has suggested that Warzone 2.0 should have a ‘reconnect’ button to avoid dev error and the same goes with Modern Warfare 2 as well.

Like this tweet if Warzone 2.0 should have a reconnect feature so we’d never have to worry about a dev error again. (Source) Hive Social dark mode resetting (switches back to light mode) on Android, no fix in sight 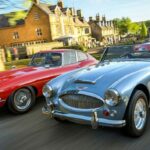