IST: 13:09 pm: The battery drain issue on Roku remotes continues to afflict users many months later, even after the issue got escalated.

It looks like your remotes aren’t affected by the rapid battery drain issue on some of the Roku models. Please be advised that for normal use, the remote battery may indeed last for two months or longer. Most reports we are receiving that are related to battery drain only last for days or weeks.
Source

IST: 05:35 pm: One of our readers managed to fix the Roku remote battery drain issue. The process requires disassembling the device so you should probably try it only as a last option and with care.

First, to take the remote apart, use a flat head screwdriver to remove one screw that is in the middle of the battery compartment. Once opened, you will find the following:

A circuit board that needs to be popped out, 2 rubber pushbutton modules, and 2 clear plastic “sheets” with little metal contacts that connect with the circuit board.

If the inside of the remote is very dirty (it can happen if the device is old) clean it a bit using some hand cleaner with alcohol (the traditional one you would use to sanitize your hands).

Be sure to clean both sides of the clear pads well, as well as the contacts on the circuit board. You can use a toothbrush to clean the remote.

When you finish cleaning, wait until everything is dry and without liquid residue. Then, reassemble the remote and install the batteries, and that’s it.

Thanks for the tip, Peter J Hall! 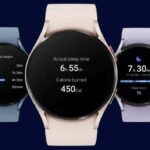 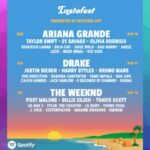