COD: Modern Warfare 2 'Daily Challenge' reportedly not working or tracking for some (workaround inside)

However, the presence of certain bugs hampering players’ experience is inevitable. For instance, the issue where campaign progress kept resetting and the broken game chat feature was quite irksome for some.

A number of COD: Modern Warfare 2 players (1,2,3,4,5,6) have now been reporting an issue where the game is not working or tracking Daily Challenges, especially with battle rifles.

Reports suggest that some players are stuck on a particular challenge as the game is not tracking their progress. This is further preventing them from getting to the bonus challenge.

Even after accomplishing numerous kills with battle rifles, it doesn’t track anything and hinders their progress.

This is quite frustrating because the game’s inability to track its challenges is rendering players’ efforts useless.

We have come across a workaround that can help fix the issue where Modern Warfare 2 Daily Challenge is not working. You can check it out below:

Use the Lachmann, its the only one i get consistent kills/headshots counted for.
Source

Unfortunately, the developers haven’t acknowledged the issue yet so affected players can try the workaround mentioned above for the time being.

We’ll keep tabs on the latest developments and update this story as and when something noteworthy comes up.

USB audio routing on Chromecast with Google TV not working after Android 12 update? Here's probably why 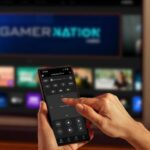