[Updated] COD: Modern Warfare 2 'SAE killstreak' bug where players aren't able to call in airstrike or get stuck on tablet comes to light

COD: Modern Warfare 2 was just released for players to try out all the important aspects of the game.

The game is loaded with various bonuses, perks, and other upgrades but it would be incomplete without the killstreaks.

However, a number of reports (1,2,3,4) suggest that the Modern Warfare 2 ‘SAE killstreak’ bug is preventing players from calling in an airstrike.

Did you fix the sae bug. When some players use the sae it freezes and doesn’t let them call it in. So their stuck for 30 seconds
Source

Apparently, using the SAE killstreak is causing the screen to freeze or get stuck on the launch view. It further prevents players from placing targets or even exiting the device until a 30-second timer runs out.

This is quite frustrating for many players as they are unable to progress in the game.

Unfortunately, the developers haven’t commented on the issue where Modern Warfare 2 players are unable to call in the ‘SAE killstreak’ airstrike.

We also have not come across any workaround that can help resolve the issue temporarily. Hopefully, the team figures out a permanent solution to the SAE killstreak bug at the earliest.

12:42 pm (IST): COD Japan support has confirmed that they have fixed some issues in Modern Warfare 2 including the kill streak glitch.

Notice Currently, we have confirmed that the following corrections have been made.

We will notify you if there are any corrections. (Source)(Translated)

03:19 pm (IST): Even though COD Japan confirmed that the issue was fixed, many Modern Warfare 2 players are still reporting it (1,2,3).

06:02 pm (IST): One player claims that all killstreaks that call for using the tablet to pinpoint an area are bugged, not just the SAE killstreak.

Happens to me sometimes. Its not just sae but all tablet killstreaks
Source

06:47 pm (IST): According to a Redditor, the killstreak bug also occurs occasionally in the Modern Warfare reboot (2019) but it never received a definitive fix.

That’s bug the occasional happens even in MW (2019) to this day.
Source

06:41 pm (IST): A Redditor has suggested a workaround that might help you resolve this glitch.

17:23 pm (IST): We’ve come across another workaround suggested by a Redditor that helps fix the killstreak issue on a tablet.

While stuck in the tablet, open up the scoreboard and go to the map. Then press rb/r1 depending on your console and it will fix the problem
Source

13:15 pm (IST): According to a user, force closing the game and restarting it every time the issue occurs can act as a temporary workaround, albeit a pretty annoying one.

For anyone that’s had the issue where you can’t deploy a SAE, VTOL, or B2 and end up just starting at a tablet for 30 seconds… Force close the game and restart.
Source

13:10 pm (IST): The ‘SAE Killstreak’ bug has allegedly been in the game since its beta stages. However, it is yet to be acknowledged by English-speaking sources for COD Modern Warfare 2.

when this happens I just open the scoreboard, go to the map, then exit out. it’ll exit out of the tablet view. been a bug since the beta
Source

06:00 pm (IST): It seems that some COD: Modern Warfare 2 players are getting stuck on the VTOL tablet during the killstreak even after Season 1 update.

Hey! So i’ve got a bug that’s happened a few times now, i go to deploy my VTOL while prone & it will not deploy and I have to wait for the timer to run out or die to move again. I cannot call the VTOL in for the rest of the game either as it’ll do that everytime.
Anyone else had this problem? or just me 🙁
Source

05:38 pm (IST): It seems that the COD: Modern Warfare 2 players (1,2) are still facing issues related to the tablet killstreak even after the recent update.

SEA has become unusable for me since the update. I’m unable to assign targets and the only way to get out of the tablet screen is death. After that, a large compass is fixed on my screen and I can’t get it off.
Source 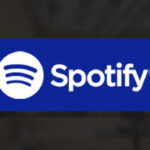 Spotify app crashing or not working for a section of Apple Watch Series 3 users, issue being looked into 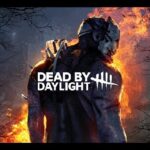 Dead by Daylight crashing when playing as a killer? Here's a potential workaround