The recent acquisition of Twitter by Elon Musk is quite unsettling for users around the globe.

Ever since the takeover, there have been many instances where users felt let down by the inevitable changes unwrapping every other day.

To name a few, the unexpected lay-offs, the unavailability of Twitter stocks or shares on Robinhood, or the confusion regarding the Blue checkmark pricing policy has been quite overwhelming. 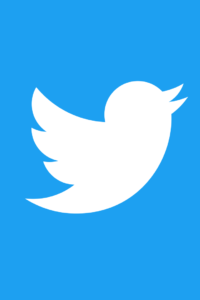 Keeping all of the alleged downgrades and chaos in mind, users are highly considering switching to other social media platforms.

I’ve seen lots of people talking about leaving Twitter over the whole Elon Musk takeover. I post my art there a lot and I really like the little community I’ve found on the site. I also get commissions through Twitter, I’ve found it by far the best place to source clients. I have Insta too but don’t find it that useful for my art.
Source

While the need to switch to an alternative is quite understandable, the social media platform Mastodon is turning out to be quite a popular choice.

Mastodon is a microblogging site which is quite similar to Twitter and has a timeline of short updates sorted chronologically rather than algorithmically.

However, it seems that a lot of people are yet to come to terms with the poor search functionality or the lack of verification prompts of the said platform.

I find Twitter to be much more efficient and effective than Mastodon for exchanging information, especially when it comes to more complex diseases that have not yet been researched enough
Source

The issue here is people misconstruing Mastodon as an alternative to or replacement for Twitter – it is not. It is a microblogging environment with __some__ similarities to Twitter, but it is was designed to be different and those differences are key to grokking it.
Source

But users still feel that each of these apps lacks certain features in their own way as the concept of these platforms is quite alien and confusing for them.

On one hand, users have been waiting for a verification email from Cohost while others continue to make sense of the subject-specific services on Mastodon .

That said, a significant number of people have finally come to the conclusion that none of these services is a good replacement for Twitter.

Users who are frustrated with the way Twitter functions can resort to yet another social media app called Tribel.

As for the poll below, we’ll share the results after a week.

Vote below and read our article here:https://t.co/nYaWJxDLfn

01:22 pm (IST): According to a new report, the shakeup at Twitter has seen a 21 percent increase in installs for its mobile application in the US.

Also. there is an increase in interest in alternative platforms such as Mastodon and Tumblr, with app installations increasing by 657 percent and 96 percent, respectively.

06:15 pm (IST): Responding to a user’s tweet suggesting the sudden shift from Mastodon to Hive Social, Elon Musk reacted by dropping ‘lmao’. It also points to the fact that Musk is unaffected by a handful of people switching to other platforms.