Warzone 2.0 has been the ultimate Battle Royale experience while maintaining the original title’s charm. Some of the most significant changes were made to the looting mechanisms and the way you receive loadout.

However, players have faced various bugs and issues with the game like the regular server lag, inaudible footsteps and overpowered ‘DMZ’ AI, which has been quite disappointing for many.

Now, some COD: Warzone 2 players feel that the remote ‘bomb drone’ is broken or overpowered and it adversely affects their gameplay experience (1,2,3,4,5,6,7,8).

The remote bomb drone is a rare item found in boxes and supply packages throughout Al Mazrah. It can track enemies and kill them when detonated near them. It also has high resistance and destructive capabilities.

According to players, a single bomb drone is capable of taking out an entire squad (even equipped with full armor) if they are located within a close range of 5-10 meters.

Regarding its resistance, a single shot is not enough to destroy it as you need to hit it many times. This becomes worse considering its small size which makes it difficult to aim at.

It is overpowered as hell and not using them is just dumb. You should be using them as it can literally wipe a squad if they are unaware. I hate it. I abuse it. Please remove it.
Source

Although there is an audio warning that an enemy player has launched a drone. It is extremely quiet, so players don’t realize they’re being tracked by a drone until they’re in front of it and it explodes.

Players believe it should be a little louder, or at least more noticeable (with flashing lights or something).

Also, players think that the Self Res (Self-Revive) perk is broken. This is due to the fact that its spawn rate is too high, which can end up breaking matches (1,2).

Self res should be not as available on the map. Or maybe they should only work until the last player on your team goes down and then its a team wipe, unless you have a gold self res that could be rarer to find in game.
Source

We hope the developer considers the feedback received from players and nerfs them in a future update to make a more balanced game.

That said, we will update this story as events unfold. 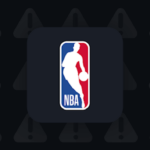