iOS 16 is the latest software update for Apple iPhones. The software has been available in public beta for some weeks now, and now you can install the first stable version.

Although the beta stage aims to eliminate bugs or problems from software, it is possible that some remain present or appear for the first time in the stable version.

Therefore, it is quite likely that in the coming days or weeks, reports will begin to emerge from iOS 16 users about issues found on their devices.

For instance, currently some iOS 16 users are facing a severe battery drain issue on some iPhone models. But it’s possible this isn’t a bug due to one or a couple of explanations.

According to multiple reports, battery is draining very fast for some iPhone users after installing iOS 16 update.

Some users describe situations like more than 20% battery consumed in 1 hour. Meanwhile, for others, the iPhone battery is losing 1% every 3 minutes or so, which is excessive.

I am very probably being paranoid and noticing things that aren’t there, but it seems to me like the battery life is lower on 16 than on 15. iPhone 12. I lose 1% every 3 and a half minutes. Is this normal/better than 15 or am I just being paranoid
Source

Hi everyone! I downloaded iOS 16 earlier onto my 13 Pro and I’m seeing a notable decrease in battery. Is anyone else having the same issue?

Before anyone says anything, my battery health is 99% and the phone was new in March, so I doubt it’s my phone.
Source

These are the potential causes

However, battery draining after installing a big update is unlikely to be a bug, at least initially. In fact, this situation is usually common after just about every major OS update, as we have covered here (1, 2).

Heck, it’s not just iOS. But other platforms like Android, Mac and Windows also exhibit the same behavior during the early stages following a major OS update.

This is because the device is running multiple processes from scratch like reindexing databases, creating caches and more. Basically, your iPhone is getting acquainted with its new iOS 16 environment.

Unusual battery drain after an iOS upgrade is normal. Your device is reindexing a lot of data and rebuilding the spotlight search indexes on your apps and data. Plug it in and let it grind away overnight and you’ll be back to normal.

It could take a day or two depending on how much data you have stored on your phone. This is a common subject when a new iOS version drops so I hope it helps you get past the initial issue.
Source

Also, modern mobile operating systems collect usage data to determine which apps have priority over others and have them ready to run, while lower priority apps are kept in a ‘hibernated’ state.

After installing a big OS update, it usually happens that the usage data collected by the system is cleared. So, you may need a few days for your device to re-learn which apps are your most used.

The new iOS 16 lock screen Live Wallpapers with widgets could also be another cause of excessive battery drain on your iPhone:

That said, if you are dealing with these battery issues, it is recommended to disable the new Live Wallpapers and avoid using the phone for a few hours after the update (while it is running the processes mentioned above).

We will update this story as new related developments emerge.

12:08 pm (IST): The iOS 16.1 beta has been released. And while it does not mention any fix for the battery draining issue, users can still look forward to this version and see if the problem is fixed after some usage.

02:01 pm (IST): According to a Redditor, the latest iOS 16.1 beta brings some improvements in the battery life. Hence, you can wait for stable version or enroll in beta program to see if battery draining issue is fixed.

I’ve updated to the 16.1 developer beta, for us with the 13mini they have enabled the battery percentage in this update. According to me the battery is better than the before updates.. (Source)

10:54 am (IST): Here’s another potential workaround that might help you resolve the battery draining issue on iOS 16.

What solved the issue for me:

– Use phone until battery is fully drained and shuts off.

05:48 pm (IST): A Redditor said that they saw an improvement in battery life after resetting their iPhone. And it improved further after installing iOS 16.1 beta.

Hence, if you are not willing to install the beta on your iPhone, then you can at least try and reset your iPhone if any of the aforementioned workarounds aren’t helping you fix the battery drain issue.

09:43 am (IST): Apple has warned iPhone users that enabling haptic feedback might affect the battery life on iOS 16.

Thus, if by any chance it’s enabled on your iPhone, then you should turn it off and observe the battery life then. More on that here.

04:38 pm (IST): According to a Redditor, resetting ‘Network’ and ‘Location & Privacy’ settings has fixed the battery draining issue for them. Hence, you can also try this solution and see if it helps.

14:32 pm (IST): According to multiple reports on Twitter, the issue with excessive battery drain continues to persist on iOS 16.0.3 as well.

Fortunately, there’s a workaround that might help you fix this issue temporarily. You can check it out below. 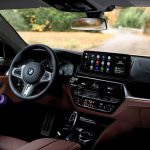