It is also capable of streaming 4K HDR content. However, it seems that some users are having trouble watching certain content in 4K.

Some Apple TV users (1,2,3,4,5,6,7,8) are reporting an issue where the FIFA World Cup streams appear blurry on the Fox Sports channel.

@FOXSports please have the 4k stream issue on Apple TV fixed before tomorrow. I would really love for it to be working for the England and USA matches.
Source

From the reports, it seems the issue is currently limited to earlier versions of Apple TV, specifically 1st-gen and is making the stream look extremely blurry.

Although the Fox Sports channel supports 4K resolutions and HDR, it’s still only streaming the game at 480p, which isn’t such pleasing to the eye in 2022. You can check out the screenshot below for reference:

The fact that the 1st-gen Apple TV doesn’t have the codec required for 4K live playback could potentially be the reason for the poor video quality. But this doesn’t explain why some 4K-capable versions are also affected.

We have come across a workaround that can help fix the issue with blurry FIFA World Cup streams on your Apple TV. You can check it out below:

Go to your AppleTV setting and downgrade to 1080. It’s not 4K but it’s watchable.
Source

I switched my Apple TV to 1080 and picture quality got much better!
Source

Unfortunately, Apple hasn’t commented on the issue yet so those affected can try the above-mentioned workaround for the time being.

Nevertheless, we’ll keep an eye on the developments about the issue and update the article accordingly.

01:23 pm (IST): One of our readers pointed out that FOX Sports is simply upscaling 1080p content to 4k rather than offering a native 4k resolution stream. And this could be a reason why streams are blurry.

Thanks for the tip: Eddie Chavez!

05:51 pm (IST): Fox Sports support is now asking those affected to try some troubleshooting steps to fix the problem with their channel. 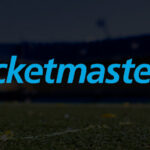 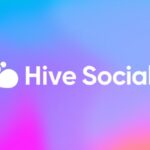