[U: Crashing after latest update] Pokemon Go crashing on iPhones and other iOS devices, but there's a fix

Fresh reports are coming in that users of the popular Pokemon Go gaming application are facing major issues after the newest update that has been released for the iOS platform.

Complainants say the app crashes on startup or as soon as it’s launched. There are also other crash-related use-cases that users are reporting.

Take a look at some of the complaints:

Has anyone who updated their #PokemonGo today been having issues opening the app? I try to open it, and it crashes before it can load (usually around 10% of loading).
Source

Hey @PokemonGoApp @NianticHelp the new update for Pokémon Go causes the app to crash immediately upon opening it. A lot of people are having this problem. Please fix this soon. #PokemonGo
Source

While Niantic hasn’t yet said anything about this issue (through their social media channels at least), a vast majority of complainants have confirmed they were able to resolve the crash issue by uninstalling/deleting the app and then re-installing it.

It happened on my iPhone 6 with iOS 11.4.1. Reinstalling the app resolved the issue.

I had to delete the game and redownload. No problems since

Did you uninstall and reinstall? That seemed to do the trick for me

Delete app and reinstall, only thing that fixed it for me

I had to take the delete/reinstall one step further. Delete, turn iphone off, turn it back on, reinstall. Worked for me!

After updating my app about an hour ago my app has crashed:

When attempting to open the app (reinstalled and issue was fixed)

When interacting with a gym (restart solved issue)

So there you go. If you are also facing similar crash issues on your iOS device (no reports so far from Android users), now you know what to do.

Do let us know if the problem persists even after trying this workaround. Meanwhile, we’re keeping a tab on the matter, and will update the story as and when there’s any news worthy development.

Niantic has confirmed they are aware of the crash issue cause by version 1.85.4 of the app on iOS.

While the company didn’t say when the problem will be fixed, they are asking users to re-install the app, a workaround which majority complainants have already confirmed worked for them.

Trainers that have upgraded to iOS version 1.85.4, we're aware of an issue that causes the Pokémon GO app to crash upon loading. If you are experiencing this issue, please try to reinstall the app.

09:56 am (IST): Several Pokemon Go players are reporting a constant crashing issue after a recent update (both on Android and iOS). The problem can occur during battles, menus or boot.

is anyone elses game crashing a lot the past few days?

My Pokemon go keeps crashing and I’m trying to find out if maybe it’s just my phone or if other players are experiencing this problem?
Source

Was playing my battles for the day and the game keeps crashing randomly in battles anyone else having this issue. Never had POGO crash for me before :/ I’m on a pixel 5 running the latest version of Android
Source

The Niantic team is already aware of the problem and working on a fix, but there is no ETA yet.

Trainers, we’re investigating higher-than-usual crash rates in Battle-related aspects of Pokémon GO. We apologize for the inconvenience and will update again once the issue has been resolved.
Source

NOTE: You can also check our Pokemon Go and Battle League bugs/issues tracker. 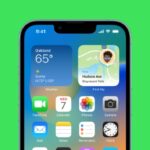