Since today morning we’ve been coming across reports from users on Vodafone network that the service is down and not working properly. Users are basically complaining about Vodafone Internet not working for them. Some are also chiming about not receiving signals.

Over the past couple of hours, complaints have grown massively on micro-blogging site Twitter. And considering the number of users troubled, the glitch becomes worth highlighting. Here’s a selection of some of the recent reports. Take a look at what users have to say: While the outage is being reported by users across different regions, the down detector live map is displaying a Vodafone outage at least in the Australian as well as Indian region. We are keeping an active tab and looking for more information on the matter. Rest assured, we’ll update the story as and when any new development comes to our notice.

Vodafone Australia has confirmed they’re aware of the issue.

we are aware of an earlier technical issue impacting services this afternoon. Our technical team are working to fix the issue and restore services as soon as possible. Looks like Vodafone network has been down in Australia throughout the weekend. The company is still working on resolving the issue. Users who are still facing the issue are suggested to reach out to the carrier via call:

our tech team is working to fix the issue impacting some customers services. Customers with any concerns are encouraged to call us on 1300 650 410.

Vodafone UK is encountering an outage as we write this. As per Down detector, the service that gives information about outages, Vodafone is down in some regions of the UK like London, Manchester, Glasgow, Birmingham, Southampton, Bristol, Nottingham, Liverpool, Norwich, and Aberdeen. Fresh reports on Twitter and Downdetector indicate that many Vodafone users in the UK are facing issues with the carrier’s internet service.

@[email protected] Hi! Is Vodafone down in the South East, preferably the PO20 postcode? Many thanks. (Source)

The company is yet make any official statement regarding the outage.

Luckily, support has acknowledged the problem and said that they are working to resolve it.

Hey there Darren, yeah the app is still down at the moment. It shouldn’t be too much longer before it’s back up now 🙂 Callum (Source)

07:18 pm (IST): The issue with the Vodafone app appears to have been resolved as we haven’t come across any fresh reports. 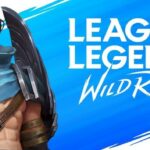 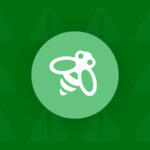 [Update: Nov 18] ecobee servers down or not working? You're not alone